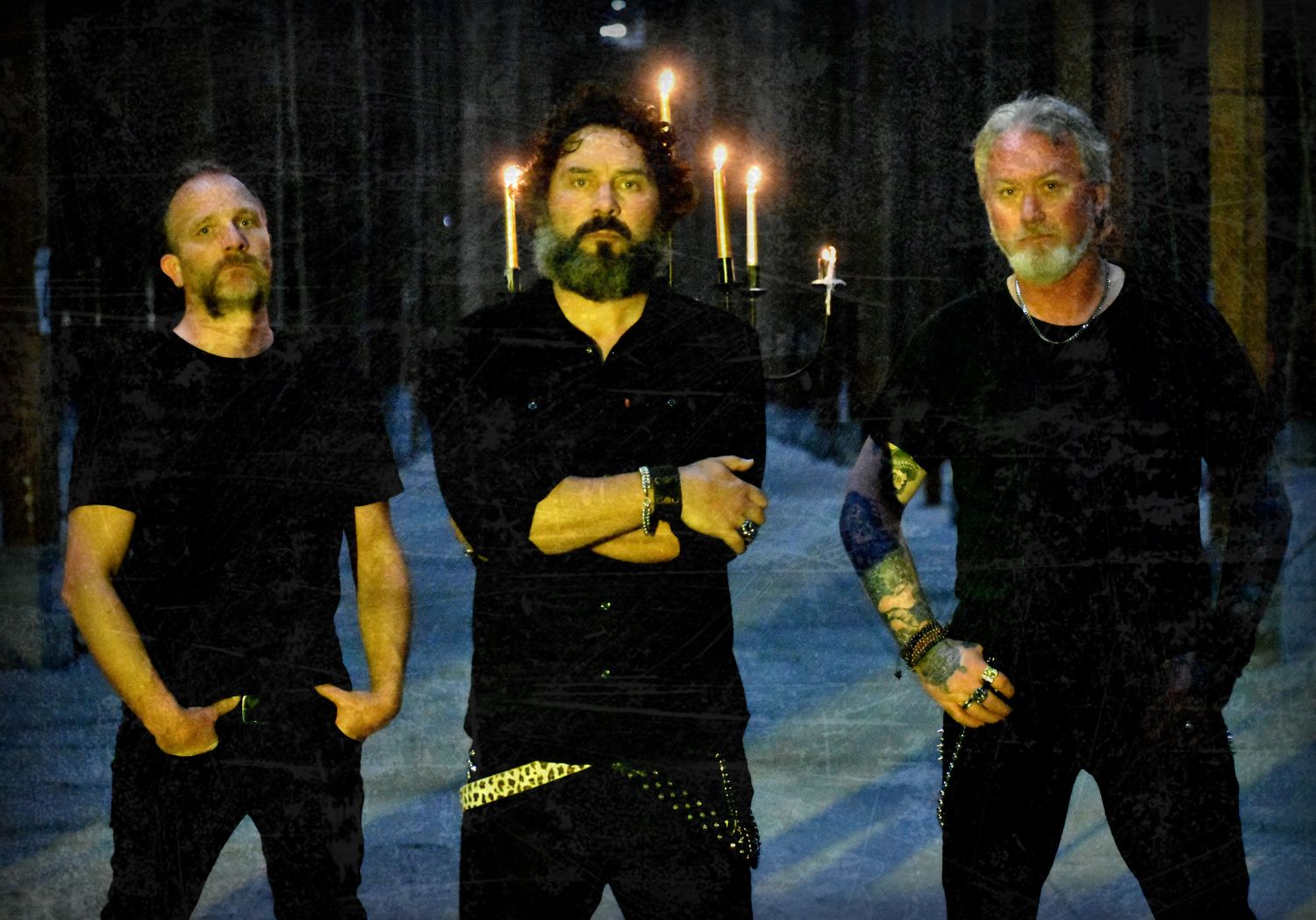 Hot on the heels of their debut album, Australia’s Shake The Temple has announced the release of their second music video for their latest track ‘The Devil’s Approach’.

A colossal production filmed in a secret location; this music video is something to behold.

A cinematic, movie-like setting in a maze of giant timber pillars- the video conjures up memories of 70’s horror and vintage metal that reflects on the nature of this new band. Bringing such theatre so rarely seen in music videos these days, it is a credit to the trio that they can break the norms for a band hailing from a usually restrained local rock scene.

According to lead singer John Joseph, the production was originally a pipe dream.

“I wanted to capture the origins of the song and I knew it was going to be a big effort, so I started with a storyboard, then shared it with our video director, and incredibly he had the balls to take it on!”, laughed Joseph.

Showing you do not need a Hollywood budget to pull off a cinematic feat, SHAKE THE TEMPLE’s sheer determination, vision and creativity is on full display.

From the ‘Stranger Things’ teenage victim to the evil-eyed villain, The Devil’s Approach music video commands attention right to the very end. Incredibly well filmed and edited, supported by a powerful live performance by the band – It is a video release not to be missed. 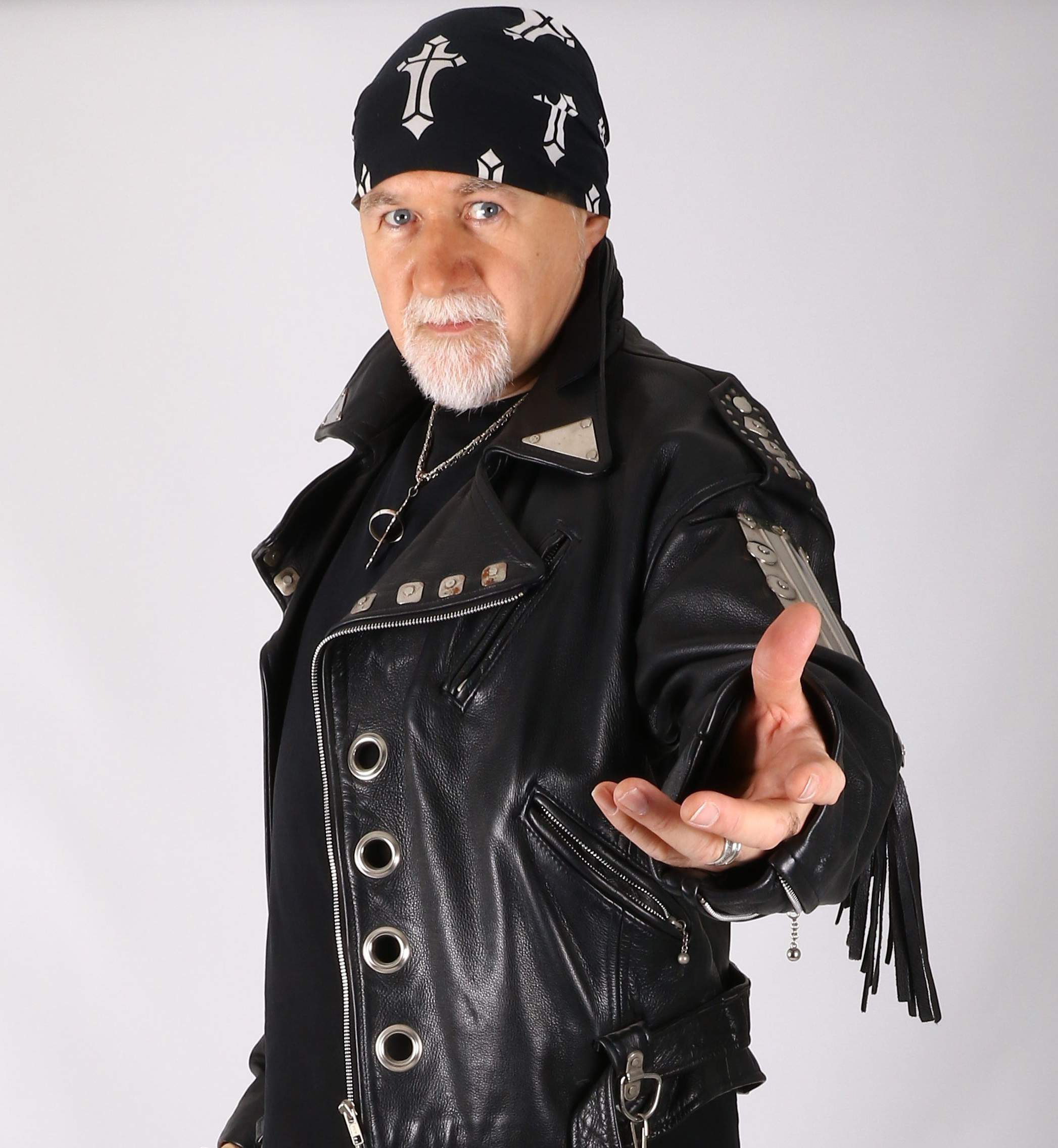 Tony Martin released the first track “AS THE WORLD BURNS” as a Lyric Video. The song is taken off upcoming SOLO album titled “THORNS”. The Album will be released on January 14th via Battlgod Productions in Asia, Australia, Europe, UK and Scandinavia.
Pre-Orders are available at: http://www.battlegod-productions.com 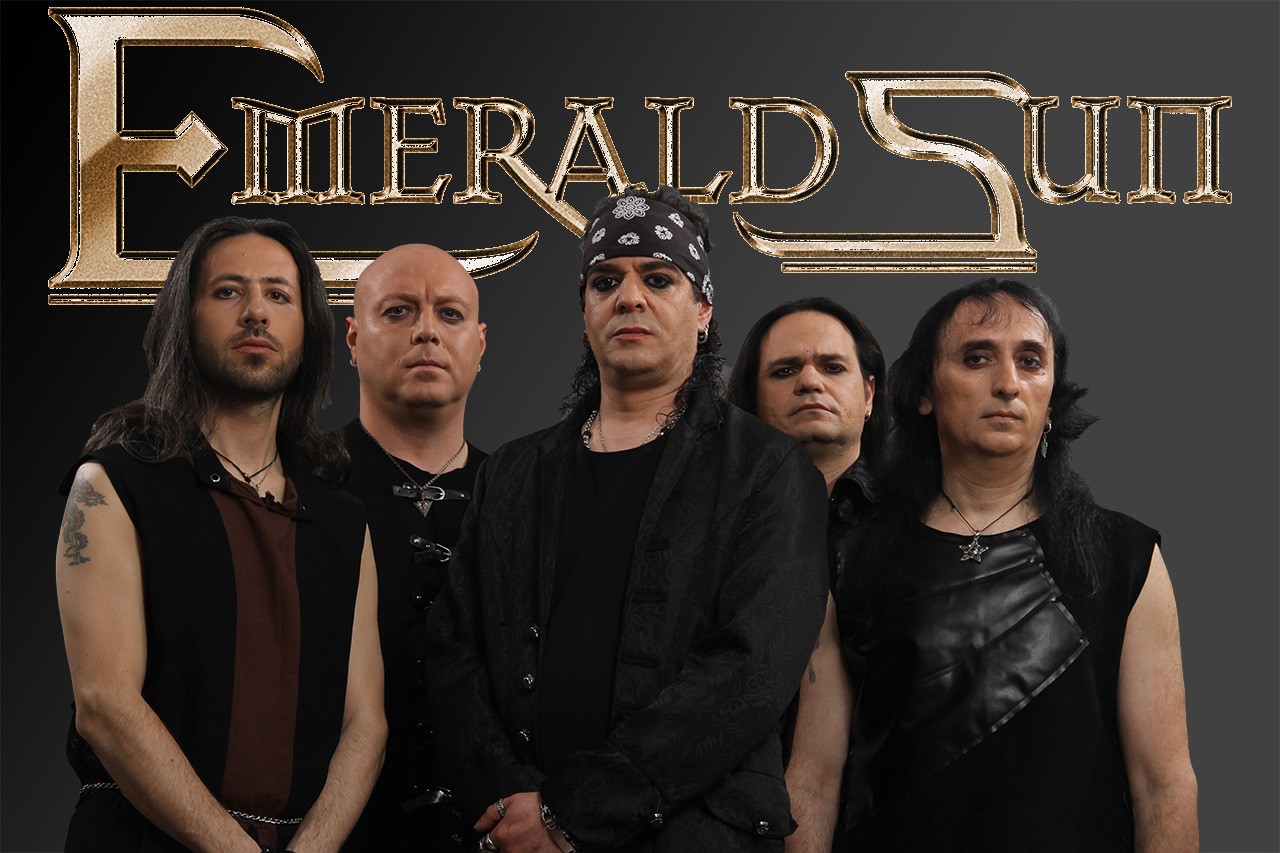 EMERALD SUN: Release cover and tracklist for the new album “KINGDOM OF GODS”

EMERALD SUN was founded in Thessaloniki / Greece in the late 1990s.
They have released four albums so far, KINGDOM OF GODS will be the fifth album by the Greeks, who in the past attracted attention with duets with Liv Kristine or Peavy Wagner.

The release concert will – back to the roots – be reserved for Thessaloniki, some summer festivals are booked. With the LuckyBob Music Agency as their booking agency and the record label El Puerto Records at their side, EMERALD SUN are ready for the next step and that can actually only be Metal Olympus for Greeks.

Pre-Order will start on December 17th, 2021 at www.epr.rocks
Digital friends can find the album here: https://bfan.link/kingdom-of-gods 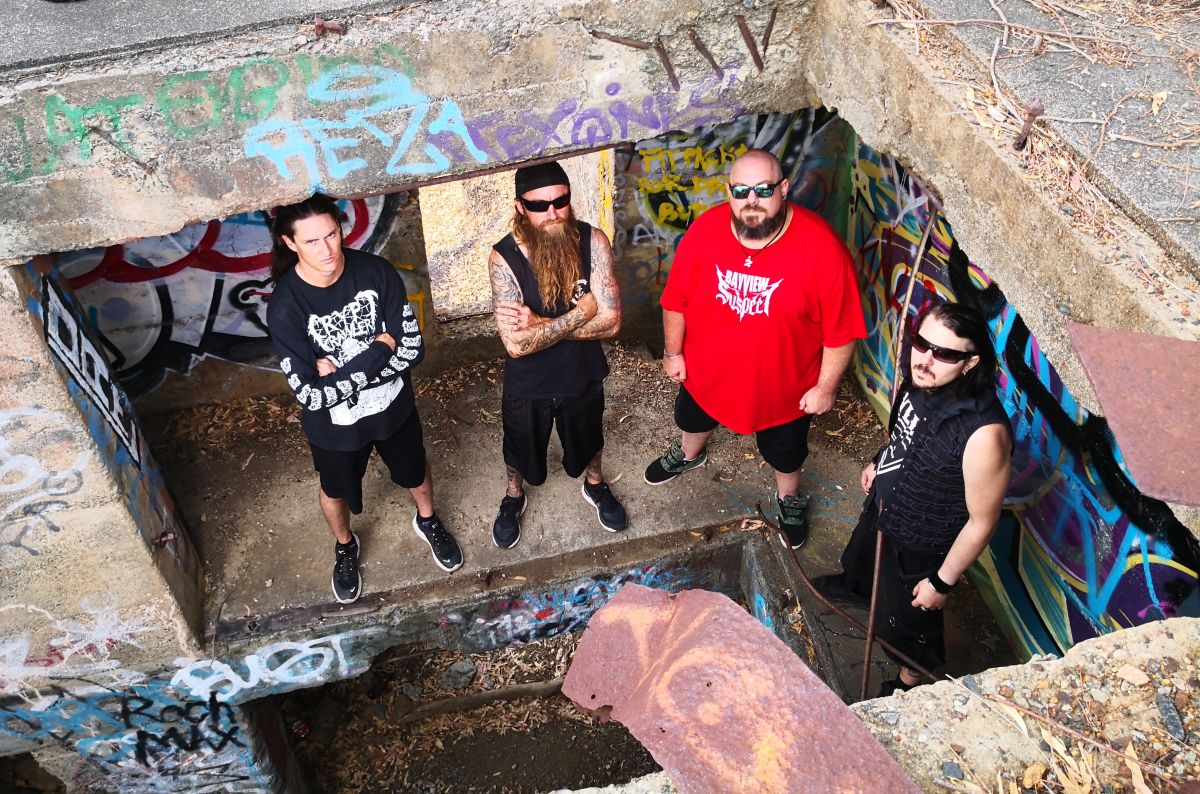 AS LIGHT DECAYS: Release New Video The Torrents Fall a heartbroken story from an Aussie farmer

Perth thrash band AS LIGHT DECAYS has released their latest video for the single ‘The Torrents Fall’, a song that is dedicated to all the farmers across Australia. Off their latest album SYSTEM OF DIVISION, the video highlights a tale of an Aussie farmer facing the battles that come with tackling our sunburnt land.

“The Torrents Fall is a quintessentially Australian tale of an Aussie farmer who is battling a crippling drought and facing the loss of his livelihood until the rains finally come and bring salvation. It showcases resilience and strength in the face of adversity,” explains singer Jamie Gaitskell, “since writing The Torrents Fall in 2019, it’s been a staple in all of our live sets, and it’s personally one of my favorite songs to perform.”

“We recently celebrated National Agriculture Day in Australia (November 19),” guitarist Brett Dunsire explains, “so the timing is perfect for everyone to celebrate all that the farmers do to feed the nation, often through much hardship.”

The video, directed by Peter Renzullo and shot across two very classic Australian locations, aims to pack an emotional punch- highlighting the strong story in the track. With personal experience amongst some of the band members working the land, the band hopes to showcase and rally support for local farmers.

Get your copy of the album here: https://aslightdecays.bandcamp.com/

Metal Alliance is Australia’s first multi-genre metal festival, bringing you a taste of everything metal, from punk to death metal and everything in between. Founded by Aleks Rad in 2020, Metal Alliance is keeping all things Metal thriving in a brand new lineup with each year’s edition and creating opportunities for both local Sydney bands and national Aussie bands. This festival will see some of Australia’s best come together in an epic night at its home of Sydney’s Factory Theatre Floor in Marrickville

Metal Alliance 2021 Postponed Due to Sydney’s lockdown, the new date is February 19th. All bands on the lineup are still scheduled for this new date. All tickets are valid for the new date.
Black-Roos Entertainment (the folks behind Metal United Down Under and Metal United World Wide) is proud to be the media partner for the festival. 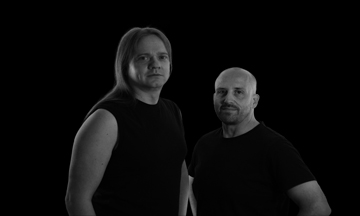 Satin White: Released Official VIDEO A.I From Debut Album Not Grayed At All

“The song is the star” is German rock band SATIN WHITE’s motto and with the release of their new video A.I. they will show you why.  It is the second single off of their debut album ‘Not Greyed At All’ and is available on their band’s YouTube channel. The album was released on November 25th independently.

SATIN WHITE, fronted by Carsten Kettering (ROSS THE BOSS/ MAJESTY/ IVORY NIGHT) and accomplished musician Frank Schnitzer is a studio band that was meant to be. Coming together after playing together in various projects for many years, they are focused on creating good, honest music. An album filled with catchy melodies, infectious grooves, and songs that make an impact, this latest video follows on from that mission. Music for all fans of rock and just simply well-written music, SATIN WHITE invites everybody to experience their music with them.

To stay up to date with the band head to their website: https://satinwhite.net/

Get the album at the bands online shop: http://satinwhite.net/shop/
or at Bandcamp: https://satinwhite.bandcamp.com/album/not-grayed-at-all 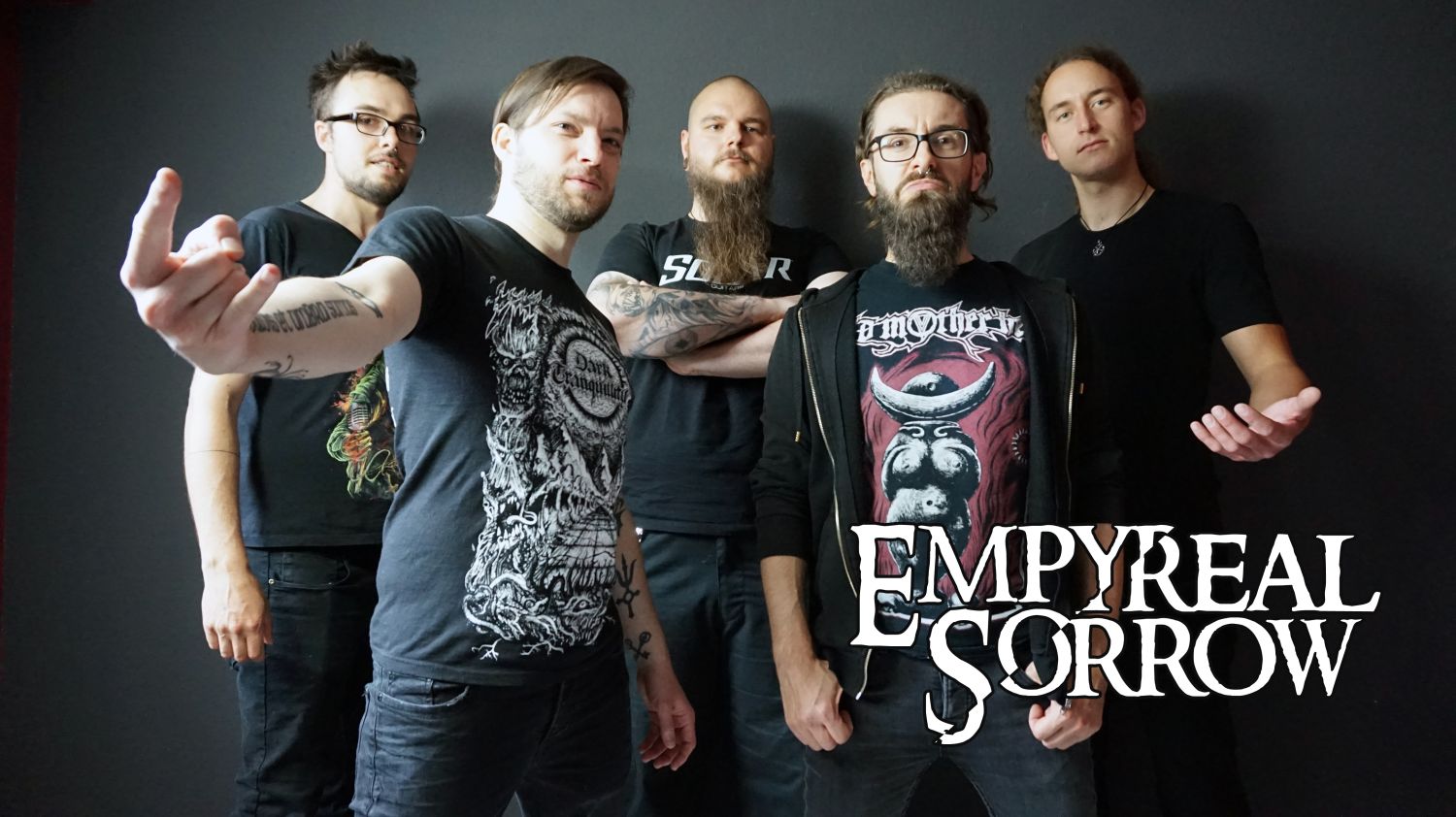 You reap what you sow – EMPYREAL SORROW’s new single „No Absolution“ takes revenge on all the bootlickers and bigmouths that surround us each and every day. Like with all songs on the upcoming EP „HARM(ONY) WITHIN“ hate is the determining element of inspiration for the band’s energetic Melodic Death Metal. Nothing suits a razor-sharp yet groovy guitar-riff better than a pissed singer that’s spilling his guts onto the microphone – and EMPYREAL SORROW even has two of them.