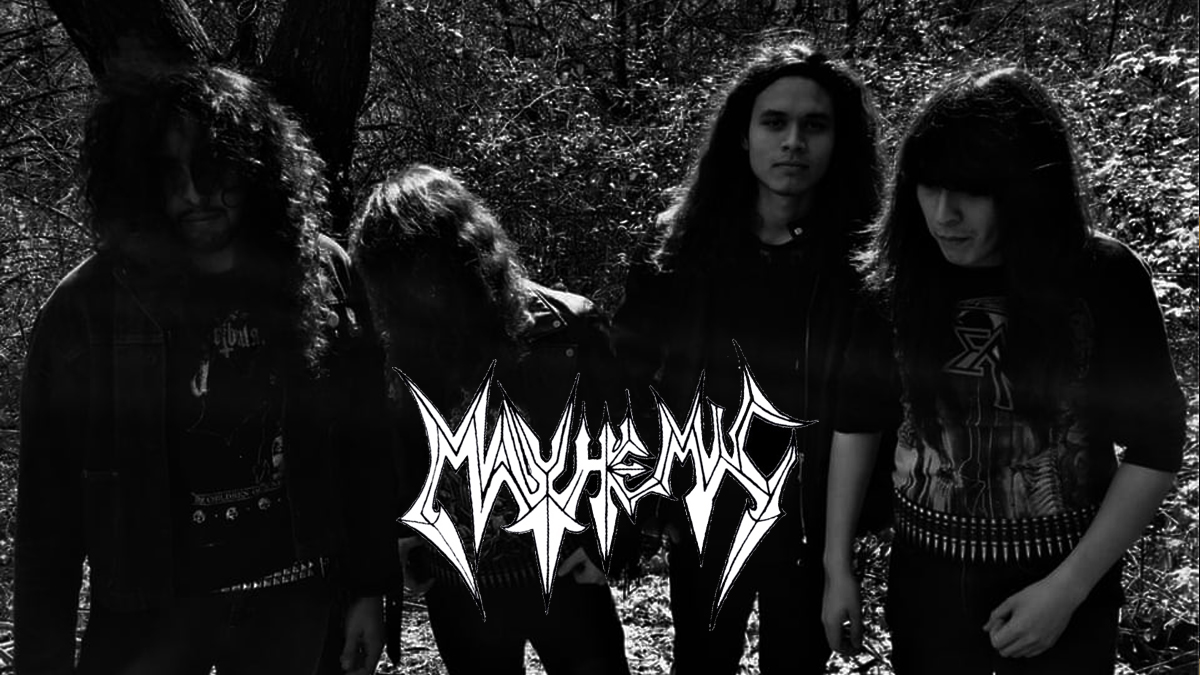 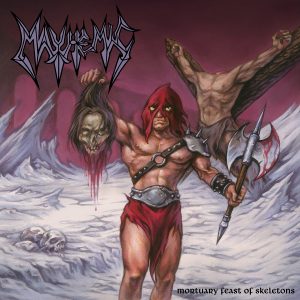 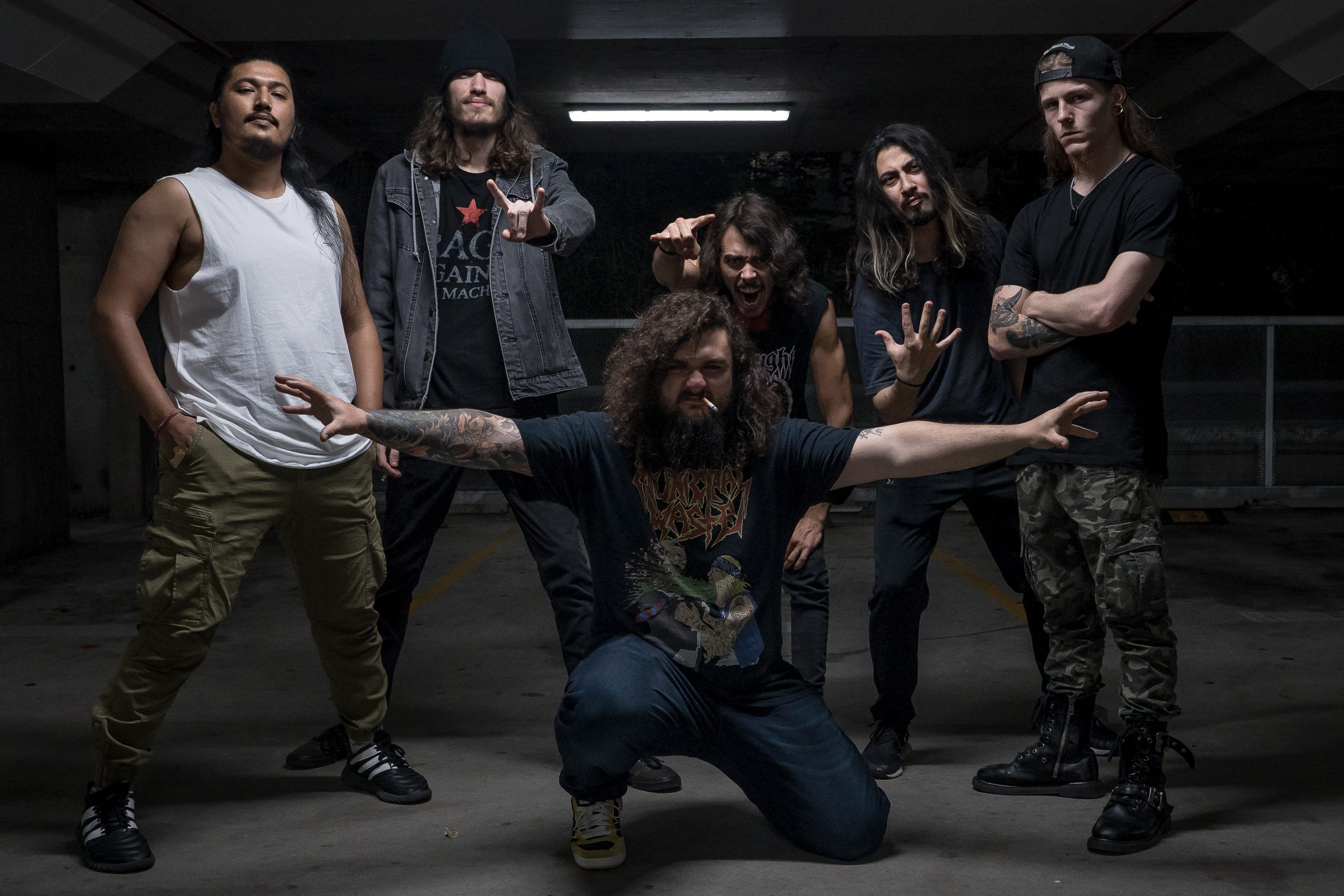 Acrolysis/Reaver: Release their new split EP The Nobody Crowd & Lyric Video for the title track

Acrolysis and Reaver release the remaining tracks from their sophomore split EP, The Nobody Crowd, with their mission-statement title track and the pounding, thought-provoking Visions.

Unlike the previously released singles, these two songs are a collaborative effort between both bands. Konstantine Ana, vocalist/guitarist of Acrolysis and bassist of Reaver says “We wanted to do something unique when doing this joint/split EP. Usually, bands do something like this to save costs and they generally feature a song each. We did that with A Message to You (Acrolysis) and Broken Smoker (Reaver) but we wanted to try and collaborate with each other. We were excited to work with one another to create something together. It’s something that hasn’t been done before to my knowledge so hearing how our styles blend together was an exciting experience.”

Thee two songs, The Nobody Crowd and Visions, are available from 25 November on Bandcamp and all streaming services: 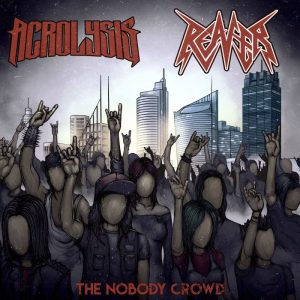 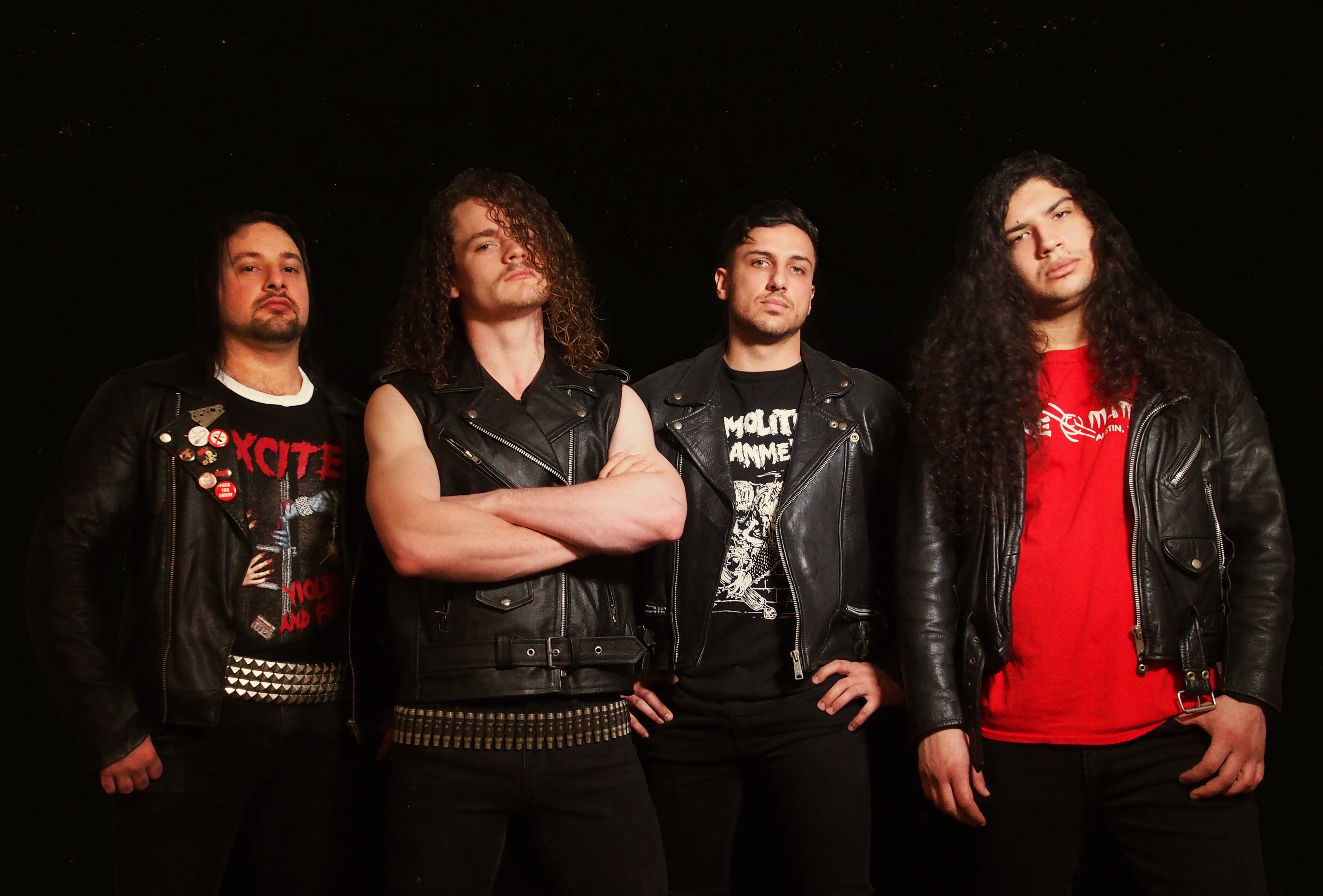 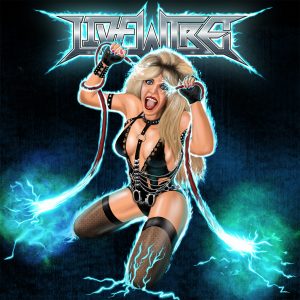 New Melodic Death Metal outfit EMPYREAL SORROW are presenting the third single The Error Code from their upcoming debut album PRÆY. PRÆY is out now and available on the band’s website and Bandcamp page.

With their song The Error Code, the band captures this fragile moment when frustration takes over and you finally step over the razor’s edge. When none of society’s rules apply to you anymore. When it’s just total rage fueling your actions. From the introductory blastbeats over gripping groovy riffs to the monumental chorus – The Error Code breathes EMPYREAL SORROW through every note.

The Error Code is a taste of the album PRÆY. Every track on PRÆY covers the one thing that unites mankind the most – devastation. Be it personal devastation through depression or drugs, be it devastation through senseless wars or blind belief in misleading god-figures. The band took a lot of effort and time to find the right balance between the lyrical and musical content. It surely helps that Empyreal Sorrow’s members all have a long and solid background as a studio and live Metal musicians. Starting in early 2019, the recordings progressed until the midst of 2020. And it was a real „coming to life“ process as the basic ideas from Mastermind Martin Hofbauer underwent a constant change when each member put its personal stamp on arrangement and content. The outcome: A massive beast of a Melodic Death Metal album, on point in terms of production and individuality. 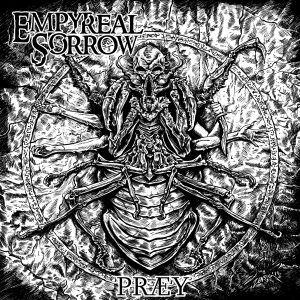 Get the album at Bandcamp or at the band’s webstore.
PRÆY – https://snd.click/praey 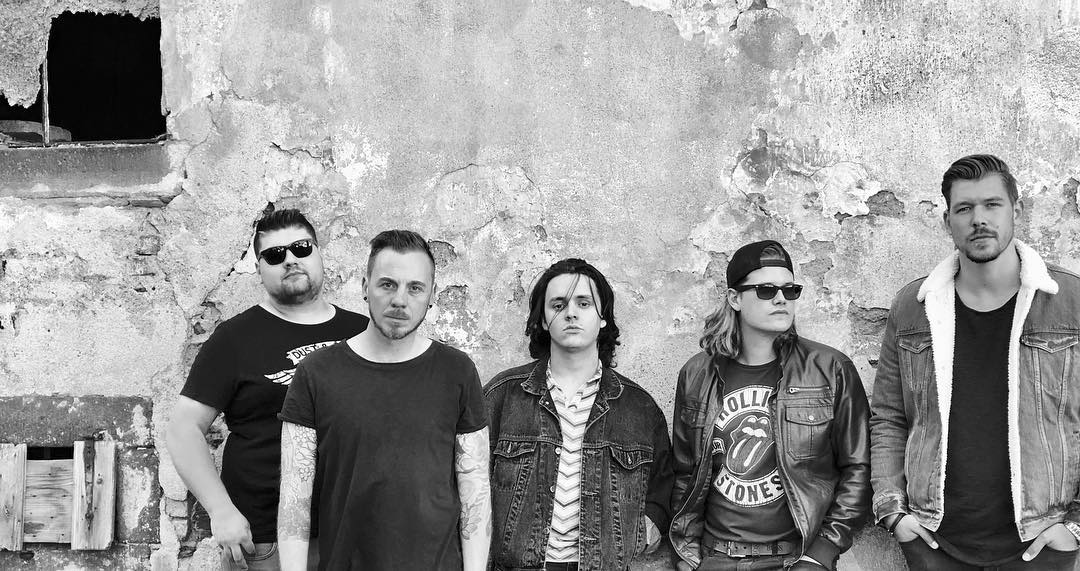 The German Modern Vintage Rock band Red County Jail release single Never Look Back. An ode to new beginnings, Never Look Back takes a poetic look at conformity. Nobody dares to take the dive, everything is regulated and leaves little room for freedom. Never Look Back with its key line „go, find your song“ shows why it’s worth veering off the beaten path and „doing your own thing“ – to develop your own identity. Copy and paste is boring as hell! Their new album will be out in 2021 via Bug Valley Records.

Five years since their last release, ORCRYPT return with a new line up and a new album. Continuing to work within the rules of their classic Black Metal sound, while allowing themselves to evolve, develop, and incorporate new (or old) influences… Balrog & Roll is a deep, dark and primal slab of furious riffs and dark fantasy.

The British Fantasy Black Metal trio released a new video for the song Dice & Damnation. They state about the song: “Peer into the ‘Knightmare’ imagination of The Masters of Fantasy Role-Playing Black Metal, as ORCRYPT unleash swords, sorcery and Satan in their music video debut.”

Balrog & Roll is release via Death To Music Productions, both digitally and on limited CD. Get your copy here: https://www.deathtomusic.com/product/orcrypt-balrog-roll/ 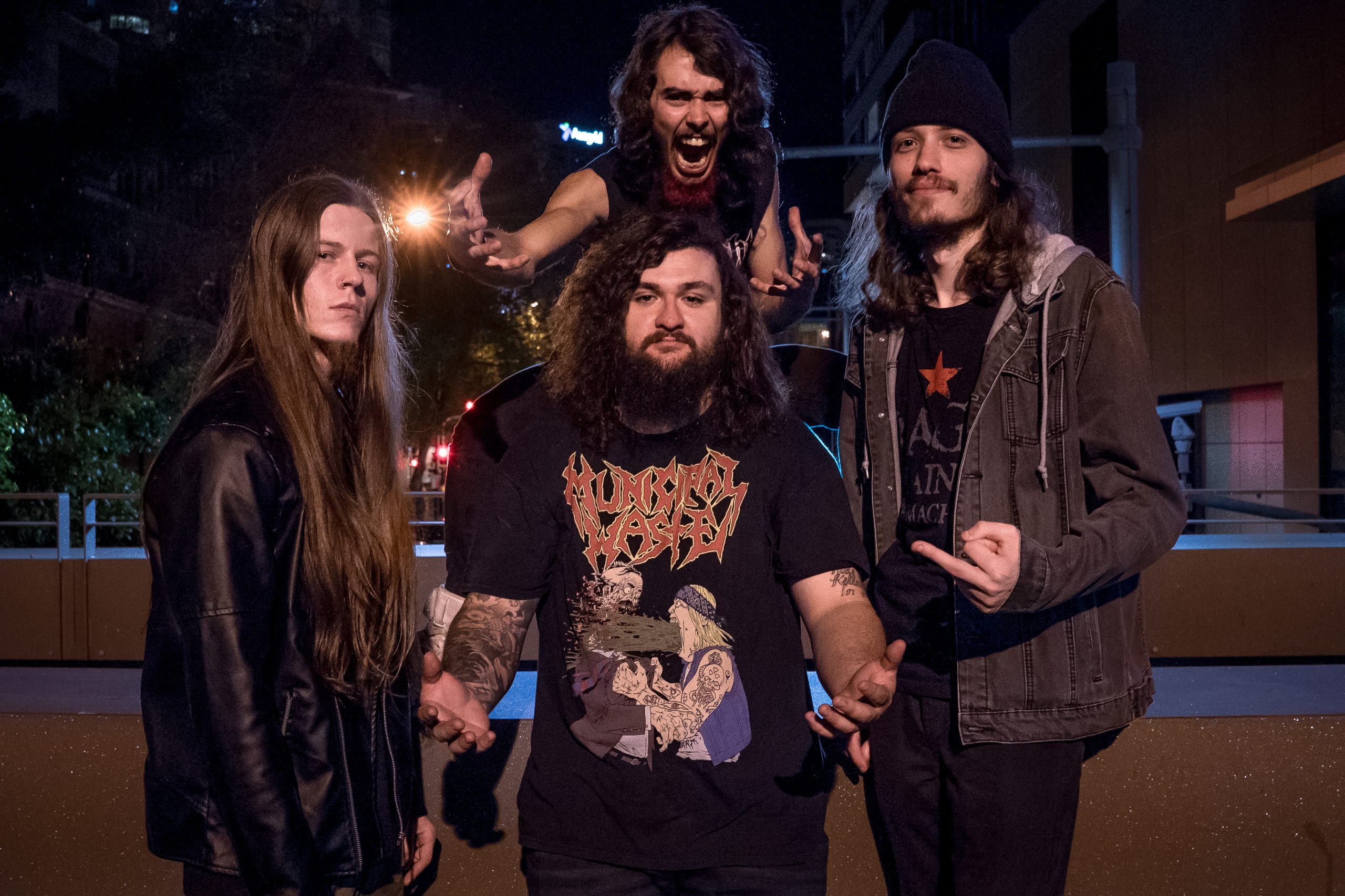 Reaver: Release Video Broken Smoker From Their Upcoming Split EP The Nobody Crowd

Reaver releases the second single/video Broken Smoker from the upcoming split EP The Nobody Crowd. The EP will be released together with Acrolysis. Get the Single at Bandcamp.

Broken Smoker addresses the topic of cannabis. Reaver’s drummer Phil McDermott says about the song: “Broken Smoker acknowledges the reality of ‘too much of a good thing’. Smoking cannabis can be an awesome way to relax, relieve stress, chill with your mates or even just pass the time, everyone uses it in different ways, but it’s quite easy to get carried away in it’s comfy blanket of a high. It can control you if you let it, like all good things it has a darker side of the coin.” Phil further explains the musical aspects of Broken Smoker: “With a definite Black Sabbath feel to the music coupling with Zac’s gruff, harsh vocals and Danny’s guitar work drifting between the melodic leads and the gritty, riff driven rhythms, a dark and fascinating image is painted in sound”

The collaborative sophomore EP, The Nobody Crowd, is a ferocious experience featuring expressive, riff driven guitars, blistering speed harsh, vocals and its socially conscious message. It is centred around illustrating both bands’ uniqueness and especial characteristics in not only sound but in composition as well.

The EP also features two songs which were composed together by members of both bands, creating music that excitingly blends their styles together and presents musical ideas that may have not been considered if not for their willingness to experiment and be out of their comfort zones. Acrolysis and Reaver utilise their similar influences and distinct differences to create a record that is sonically a ‘kick in the teeth’ but thematically explores corruption, temptation, cruelty and unity.