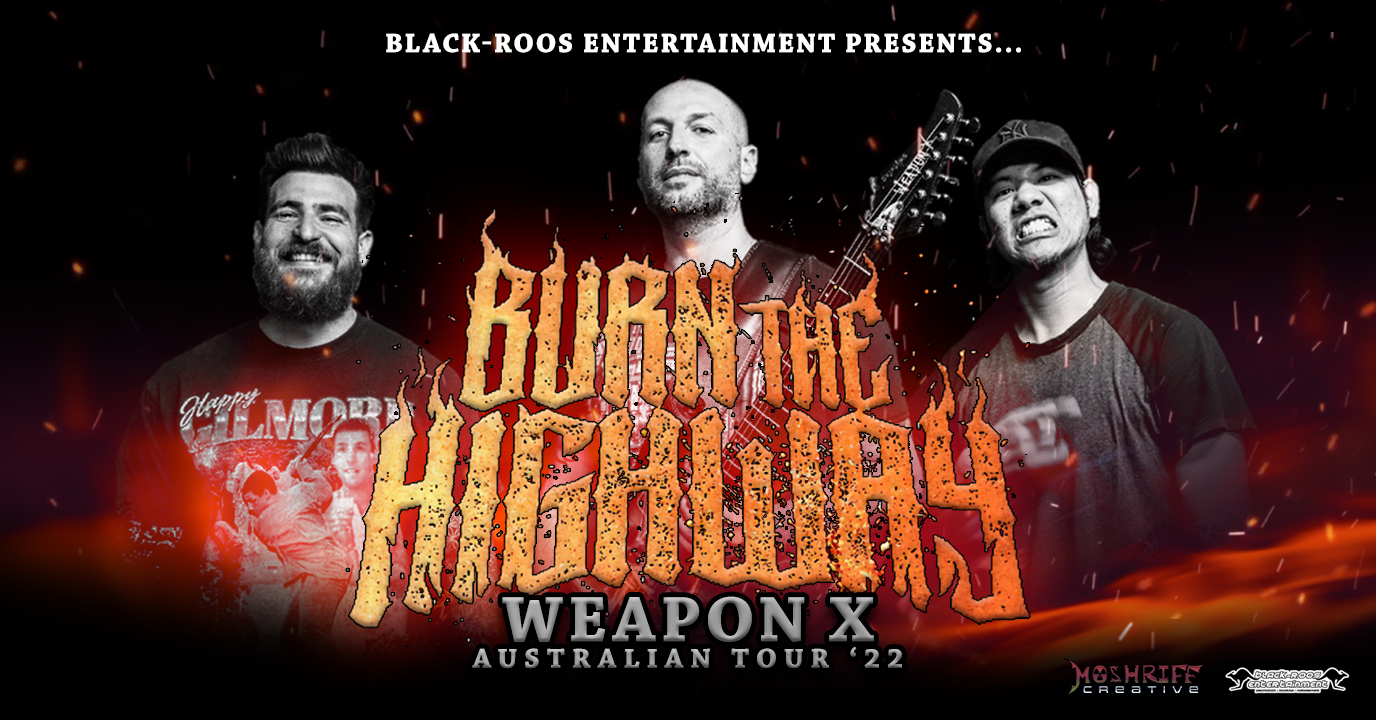 Sydney’s rising Hard Rock stars, Burn The Highway, are bringing their live show for the first time to your city in 2022. Influenced by heavy metal, punk, pop, and hip hop the unique hybrid sound makes this a show not to be missed. So make sure to catch the band on one of there following dates through NSW and ACT.

The band’s debut album “Weapon X” drops in early 2022 and the music videos have already reached over 300,000 views before even stepping on the stage.

Be there from the start as Burn The Highway arms itself for global domination.