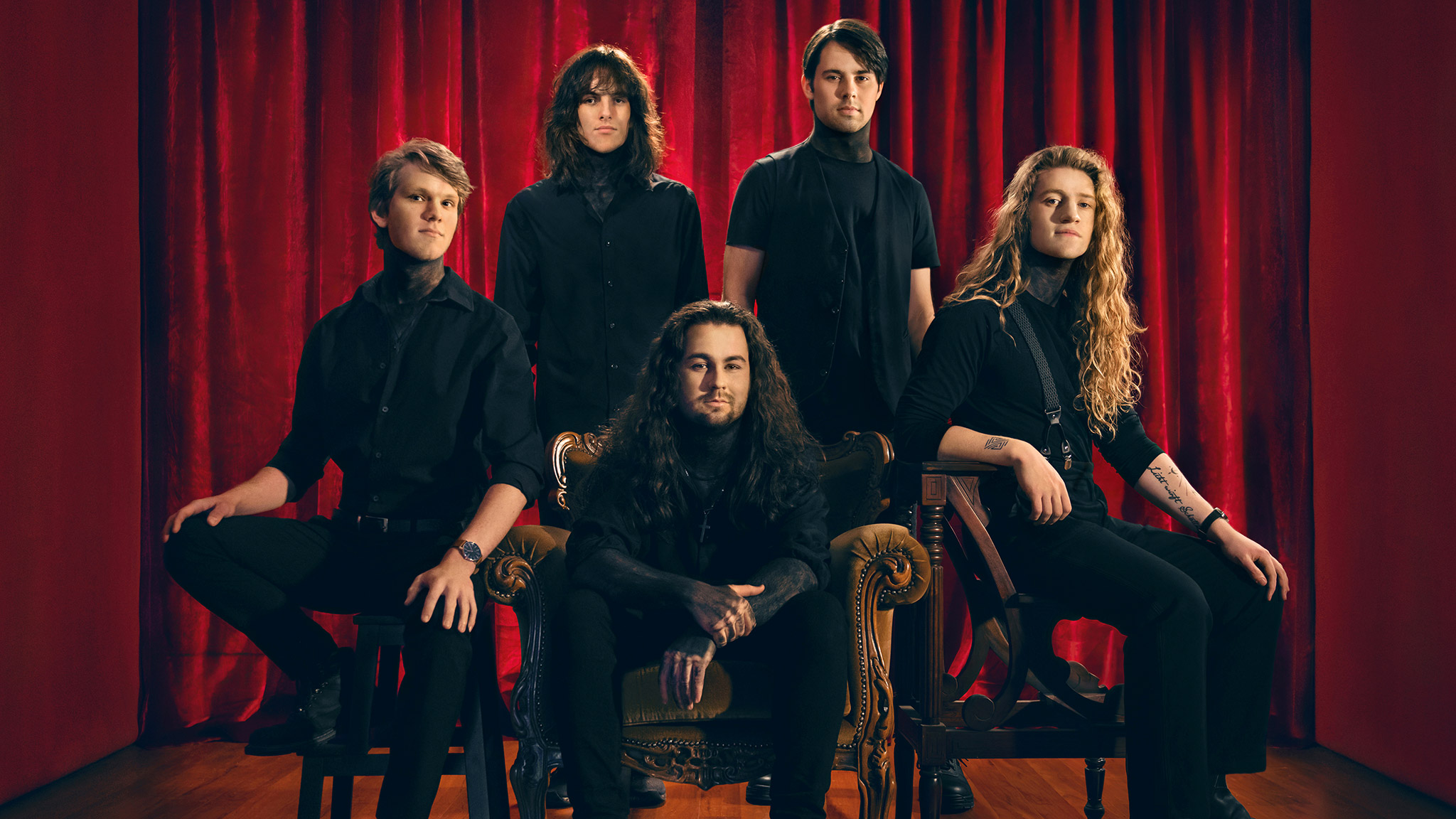 Navigating through difficult emotions, ‘Mr. Struggle’ is the story of a man who cannot cope with a manipulative relationship. Unequipped to deal with the psychological abuse, he pleads for relief before eventually coming unravelled.

The lyrics touch upon the idea that when it comes to emotional games, it’s not always a level playing field. This paints the picture of someone who struggles with more intense emotions and especially needs a degree of allowance and understanding.

Mr. Struggle is definitely a step in a more progressive direction for the band. With ambient sections and melodic vocals through to breakdowns, heavy percussive guitars, technical drumming and extreme vocals, the band uses everything at their disposal to evoke drama and tell a compelling story of pain and vulnerability.

The release is accompanied by a music video, shot over a long period in between covid lockdowns. It shows Mr. Struggle desperately trying to hide the situation in front of friends, versus the reality of what’s going on behind closed doors. In the end he breaks, and the story takes a very dark turn. “It’s definitely our most ambitious video project yet, and the first time we’ve ventured away from just performance footage. We really wanted to tell a story with this video” says the band.

Mr. Struggle was mixed by Chris Themelco and mastered by Acle Kahney (TesseracT) 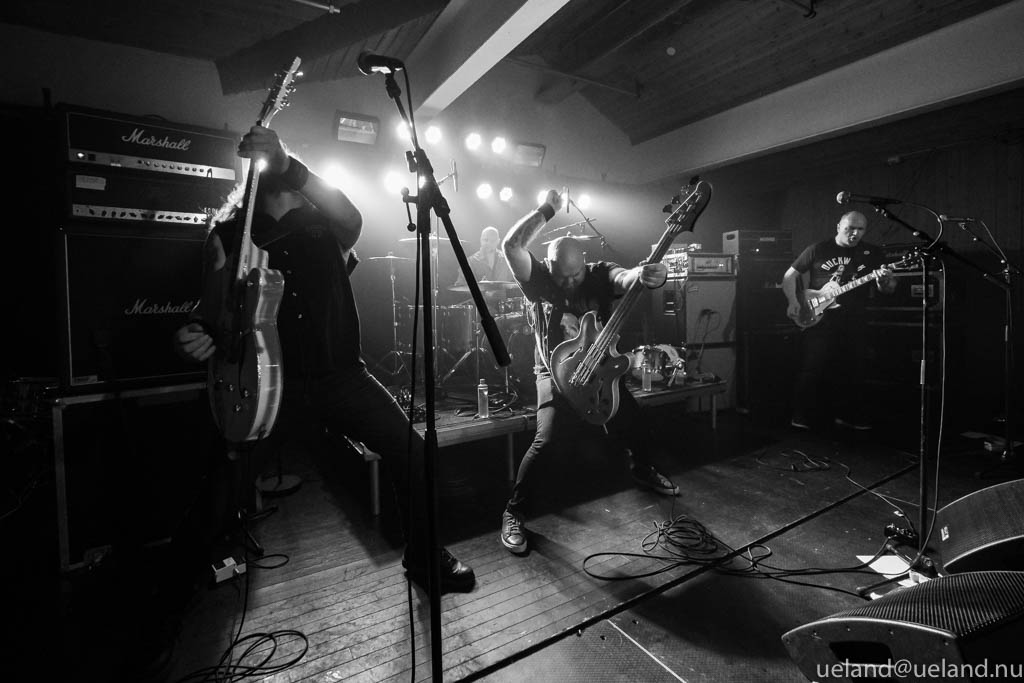 Duckwalk Chuck release a video for Shut Your Lights of the 2021 album “All fired up”, which was released on the 17th of September, to great reviews from the rock and metal community worldwide.

The video for Shut your lights was directed, filmed, and edited by the amazingly talented Sondre Oldereide Michaelsen of Cloud Saurus. This is a hard-hitting video, reflecting the lyric and vibe of the song, along with the fascination for mixed material arts, nicely wrapped up in a cinematic video and performance.

This is our second collaboration with Sondre and Cloud Saurus, and this time we also engaged actors, extras and got to use the fighting arena at Kampsporthuset (The Martial Arts House) in Stavanger.

We do love the action movie genre, and have also tried to capture the essence of illegal underground fighting, going all-in on the visuals to create an explosive, hard-hitting, and enjoyable video. 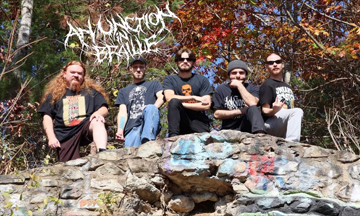 Many years in the making, and then halted by a pandemic. An Unction In Braille’s debut EP, The Wordless Whisper, won’t fail to impress. “The EP is flooded with death, loss, and despair. Every one of us put our blood into writing this.”

From feelings of rage to feelings of hopelessness, this will keep your fists clenched until the end. Tucked away are fierce blast beats and impassioned fretwork that give way to explosive breakdowns. Songs that range from hardcore to death metal, with a touch of melodic euphony. Open yourself to a new style of Melodic Deathcore.. iN Braille.

Get your copy here: https://anunctioninbraille.bandcamp.com/album/the-wordless-whisper“…who says there are rules to music? An Unction in Braille throw any kind of genre traditions and ways of doing things out of the nearest open window from the very start of opening cut “Catharsis“, chopping up pieces of Death Metal, Deathcore, Grindcore and Melodic Death Metal and putting them back together to create the kind of hybrid beast that you might find in your worst nightmares.” Metal Noise

“In the near future, I am more than sure that they will become a reference in their style. Do not lose track of them.”Broken Tomb

Get the EP here: https://anunctioninbraille.bandcamp.com/ 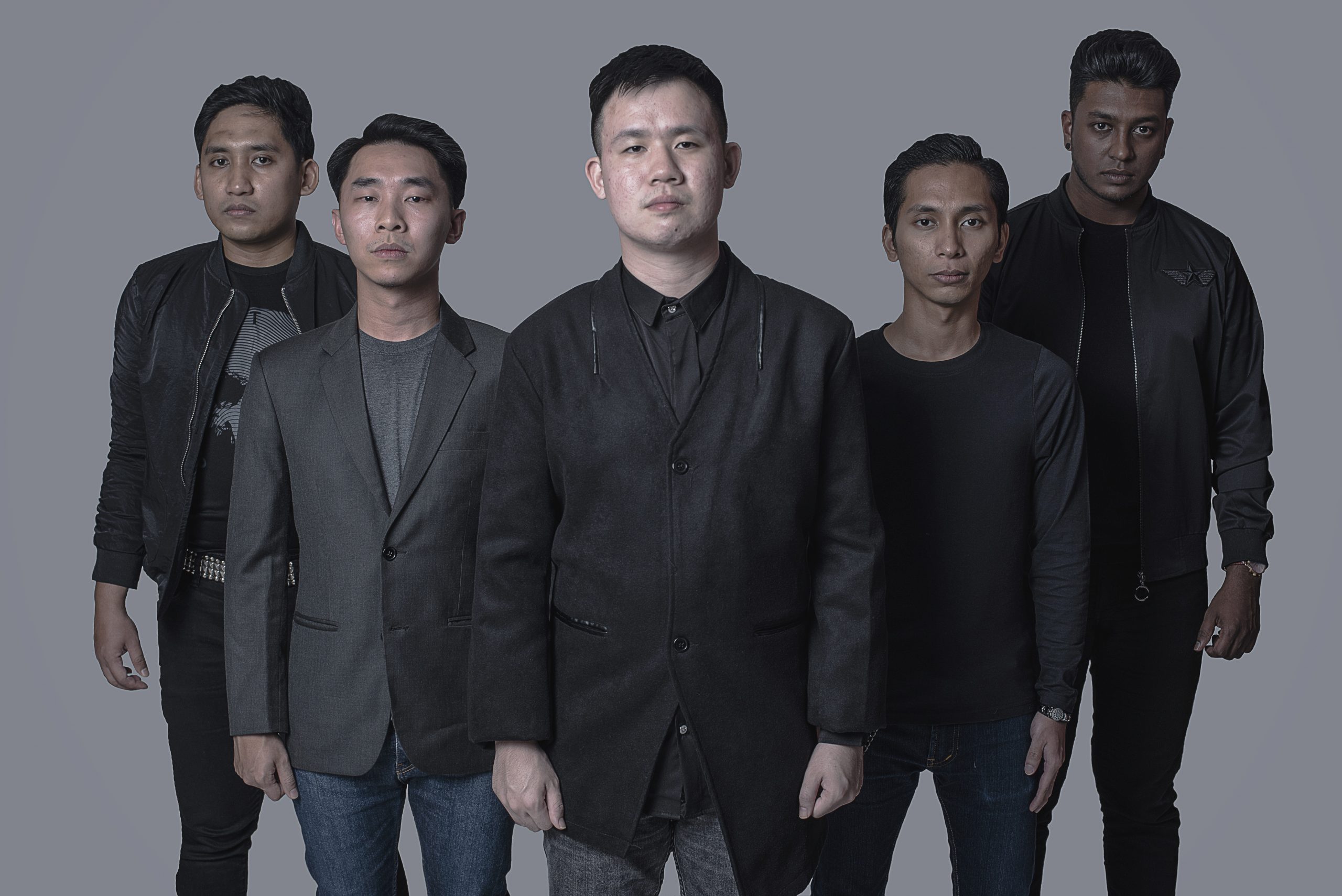 One more day till ASSAULT – A Quindecennial Chapter of ASSAULT Livestream event. The Livestream event will celebrate the band’s 15th year’s anniversary and the release of its sophomore album “In Aevum Et Illustrata”. The event will see ASSAULT performing songs from its earlier days to the new album!

This event will also feature two prominent Singapore bands. Veterans – Heavy Metal The Ironfist – Black/Thrash Metal The Livestream event will be made available on ASSAULT official Facebook page on 30 October 2021, Saturday from 6.00 pm to 10.00 pm (Singapore time) Attached is a video teaser of tomorrow Livestream event” 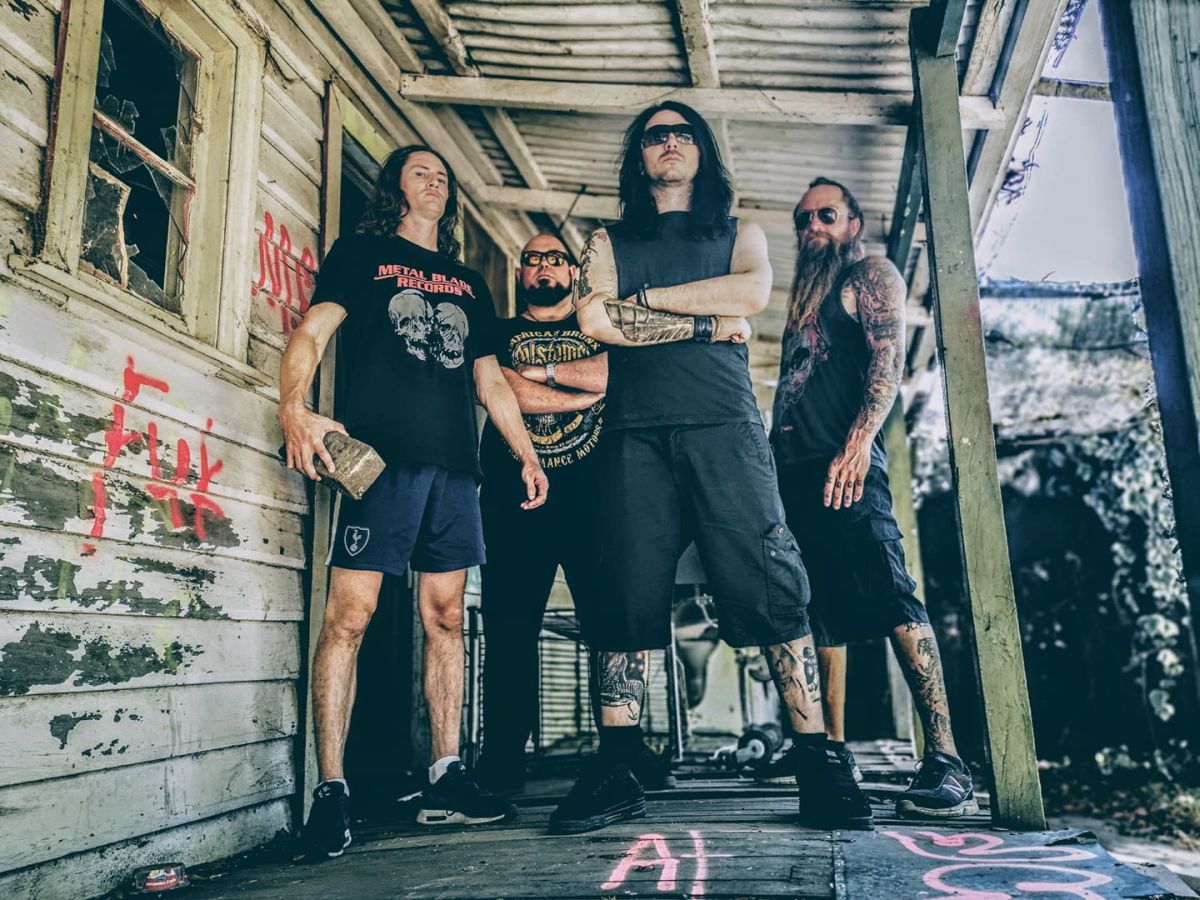 AS LIGHT DECAYS: To Release New Album System Of Division on November 13th

As Light Decays are a four-piece metal band from Perth, Western Australia. With influences ranging from Sepultura to Sylosis, ALD delivers a unique blend of thrash and groove metal, laden with strong lyrical content, brutal themes, and driving riffs.

Along with releasing three singles and two music videos since inception in late 2017, As Light Decays have made a permanent and indelible mark on the strong Perth metal scene, having played over 35 shows since 2019 alongside internationally renowned bands.

On November 13th, 2021 As Light Decays release their debut album System Of Division. Eight tracks of relentless and thought-provoking Australian thrash, designed to play through from beginning to end.

Vocalist Jamie Gaitskell on the album:

System Of Division is a traditional album that was inspired by the heavy metal greats of the ’80s and ’90s. Melding together our varied influences and styles, As Light Decays aim to deliver a thought-provoking experience to the listener, which will be enhanced with every consecutive examination. ALD’s debut full-length record is both a damning snapshot of humanity’s plight and a resounding and galvanizing call to arms.

Thank you to the family, friends and fans who helped make this album possible. Its been a good learning experience, I hope that you enjoy what we have created, I strongly believe the best is yet to come, so stay tuned!

The intent of this album was to hopefully offer something that people can connect to.

I believe that the link to music is critical to our humanity. Sometimes simply for the joy in listening to a favorite track or album in a moment where we might need it, or more importantly by introducing us to a unique viewpoint or understanding which may lead us to introspection on our actions and ultimate place in this world. I hope this album might be a similar catalyst for people. Enjoy and play it loud! 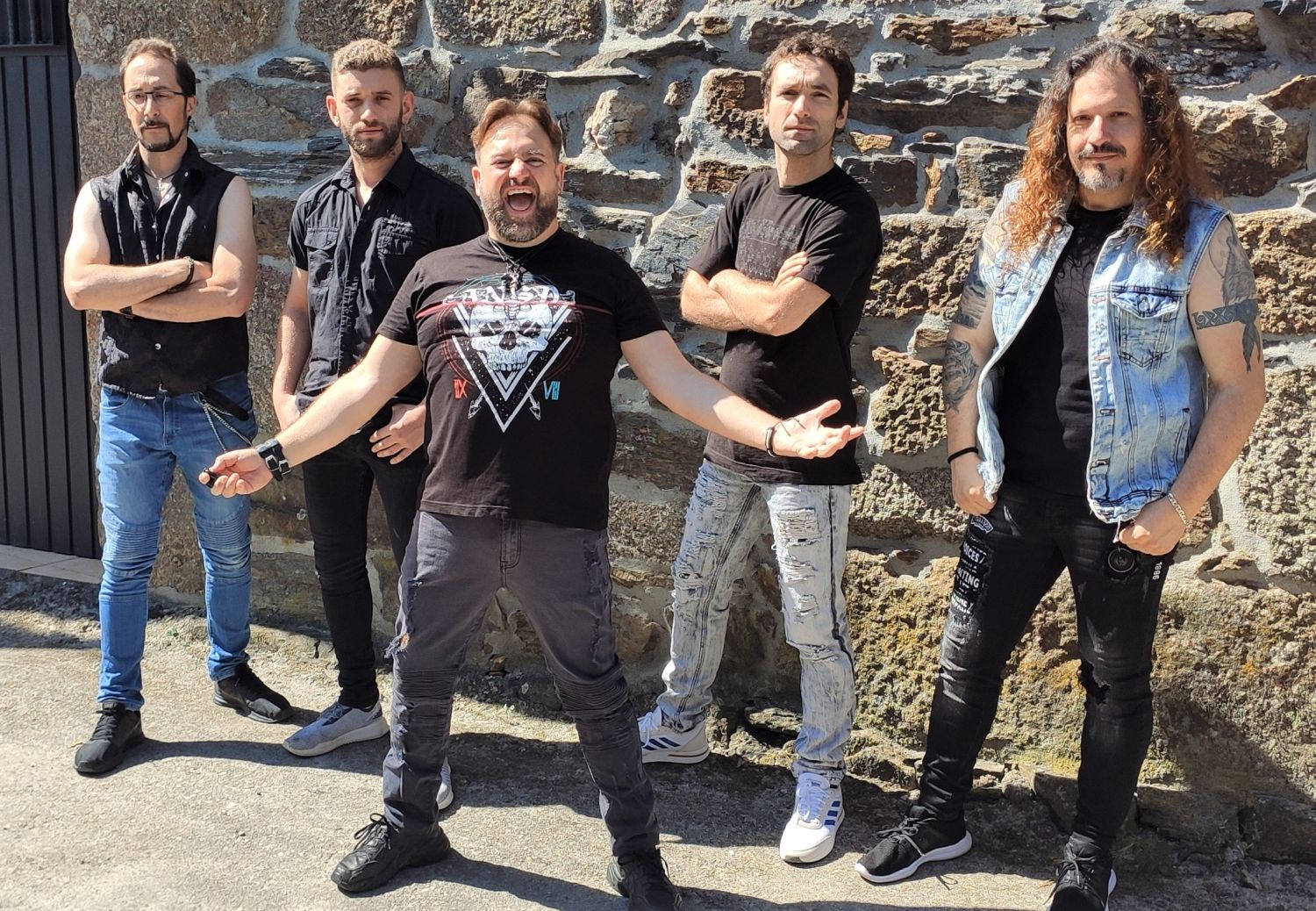 EVIL HUNTER’s second studio album, LOCKDOWN was released on the 8th of October via Demons Records, the album starts just connecting with the homonymous album Evil Hunter, and continues with the band’s style, telling different stories that anyone could feel related in any song. Heavy metal songs encourage you to preserve and continue surviving, in this mix between fight and joy in everyone’s daily life. EVIL HUNTER also released not long an official video for the song Burning in Flames watch it on their YouTube channel or below.

Taking a name born from color theory and a motto that is “the song is the star”, SATIN WHITE is a German-based rock band that has come together to bring catchy melodies, infectious grooves, and songs that make an impact. Focusing on creating good, honest music members Carsten Kettering (ROSS THE BOSS/ MAJESTY/ IVORY NIGHT) and Frank Schnitzer are purely a studio line-up and have been playing together in various projects for many years.

With their debut album being released on November 25th under their independent label, SATIN WHITE is a band that is set to make waves and wants to create an experience that is easily consumed by everybody. Pre-order the album at their Bandcamp page here: https://satinwhite.bandcamp.com/

The “I Feel Alive” music is available now on YouTube, watch it here: