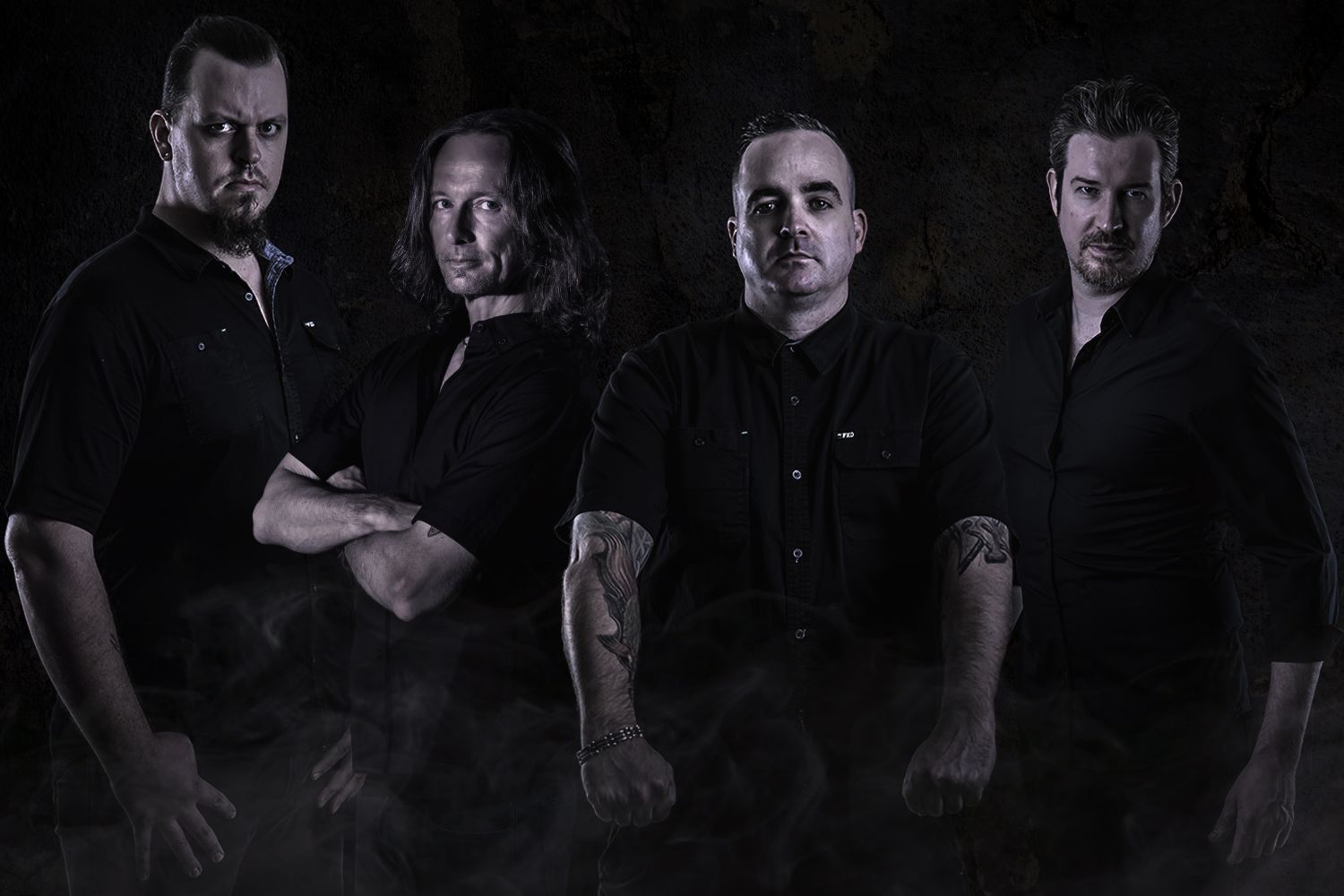 Australian extreme heavy metal act Minus Life unleash the title track Contorted Reality from their forthcoming sophomore album. Blending a mixture of thrash/death/black and prog metal influences with an accompaniment of orchestral sound being referred to as a cinematic element, Minus Life delivers a sonic attack on the senses with their first release since reforming after a decade in obscurity. The band also release the amazing artwork and tracklist for the album Contorted Reality. The release date is 1 October 2021.

Minus Life states: “‘Contorted Reality’ is a song of many journeys’s both musically & lyrically.  It kicks off as a swinging, thrashy banger with huge choruses. The whole song is a musical medley with many variables that takes us on a journey, then shifts gears into a prog style breakdown featuring a guitar solo. The drama emanates from the orchestra mixing and the vocal melodies create beauty. The crunch of the guitars and bass both contradict and compliment that beauty at the same time. The song’s climax is an epic wall of sound Minus Life is known for and a massive vocal performance with a ton of variation.”

Lyrically, Contorted Reality is about being in different modes of consciousness, a journey through life that has many twists and turns, is it real? Is it not? From the driving verse riffs giving you a sense of comfort and stability to the chorus where the orchestra gives the illusion of confusion then back. Musically, it’s an emotional roller coaster, dark, brooding, a sonic attack on the senses. The solo riff is an awakening of what is occurring, then it tempers down to a serene atmosphere, a break in the chaos before plunging forward into a furious wave of blasting beats and soaring vocals.  Leading to the contorted realization, it all seems untrue.

Pre-order is available at Minus Life‘s Bandcamp page: https://minuslife.bandcamp.com/album/contorted-reality-2 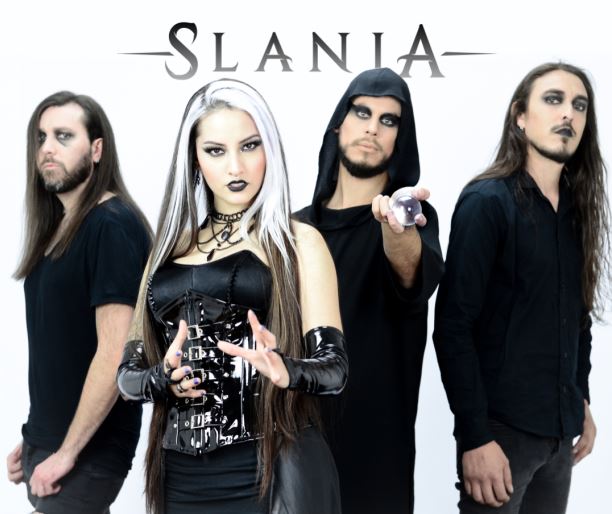 Argentina’s Symphonic Metal band Slania has just released their new video for the single Limbo, on August 27th via their official YouTube channel. The new single is also available on Spotify since last week.

For the video, Slania followed idea of bass player Walter González to play with a duality concept, mixing light and dark scenes. The lyrics of the song revolve around the struggle people experience to be part of this society… living by someone else’s purpose and encouraging to wake up from the Limbo we’re trapped in every day.

Regarding the concept, Walter states: “By the time we wrote this song, we thought about an emotion, a perception that we as a band shared many times as a feeling of not-belonging, dis root, not identifying ourselves with the reality that is shown to us… in how we are supposed to work in that reality and in this society. So that feeling is that something’s not right, weird. But we wonder what is exactly, then we call that ‘Limbo’, like a matrix reality where we apparently belong and we have to pretend to be in.

We understood our very consciousness dictating. We should wake up from that Limbo and look beyond, turn the ball upwards and let our instinct (meaning heart) guide us. There is where we are playing in the video, in that nothingness, empty place we intend to wake up from with our music and lighting up the match of our conscious awakening”

Limbo comes from Latin limbus. It means edge or limit. The popular expression “being in limbo” indicates that a person is disconnected from the reality that surrounds him or a mysterious place where inexplicable things happen.

Heresy Metal Media produced the video for Limbo. It was filmed this year in July at 980 Studio, Buenos Aires.

In addition to its beers, wines and humor, Franconia in South Germany is also known for its excellent heavy metal bands. One of these bands is Dieversity from the city of Würzburg. Founded over a decade ago, Dieversity creates a modern metal sound that offers brilliant power and is bursting with melodies.

On 19 November 2021, Dieversity’s third album Age Of Ignorance will be released on the label EL PUERTO RECORDS. Today, the album artwork, which was conceived by Björn Gooßes (Killustrations), as well as the tracklist are presented to the public.

Dieversity was able to leave striking marks in 2012 with their first album Last Day Tomorrow. By then it was clear that modern metal didn’t just have to come from Scandinavia. Even if the Swedish elements always played a role, as Björn “Speed” Strid from Soilwork was invited to join the follow-up album ReAwakening.

Dieversity had to slow down for a while. Now they are back, risen from the dead. With their unmistakable sound and a unique feeling for the balance between melody and heaviness, the Würzburgers pick up exactly where they left off six years ago.

End Of The Line
The Bitter Taste Of Sin
Enemies
Pulling My Strings
Mr. God
Extinction Of Humanity
Clouds Of Misery
May Their Ghosts
King Of Clowns

German Progressive Metallers Sweeping Death are about to release their EP Tristesse on 9 September 2021. To get a taste, they have produced a music video for the song Alter The Rift.

Tristesse represents the Sweeping Death‘s third release, and although the recording started during the Covid pandemic, shortly after their last full-length In Lucid (2018), Sweeping Death already made the decision to release a concept EP next with the thematic focus on the number 3.

In the beginning, there was only the number. In the end, a concept EP with Arthur Schopenhauer’s “The World As Will And Idea” in thematic focus.

Tristesse is a word play. It is French for sadness. Further, the number 3 as a constantly recurring concept in nature and philosophy is the anchor point of ‘Tris+esse’. ‘Tri’ is Latin for ‘three’ and ‘esse’ means ‘being’. Thus ‘Tristesse’ stands for ‘three being’ or ‘trinity’.

Following the concept, the EP consists of 3 songs. Over the three songs, a journey of the lyrical I is to be described. Starting from the gloomy, cold and yet close to life first level over a transformation from within to the last, almost divine level.

Musically, the claim was quite clear to write songs that work in a live context. Sweeping Death reduced the complexity and focused a lot on catchy hooks and haunting melodies. The EP has dark sides inspired by bands like Mgła, Dissection and Tribulation as well as sublime parts reminiscent of classic Heavy Metal.

The artwork has been designed by Eliran Kantor (Testament, Satan, Helloween) and shows again the EPs concept, ‘trinity’. The transformation in three stages also has been graphically implemented. 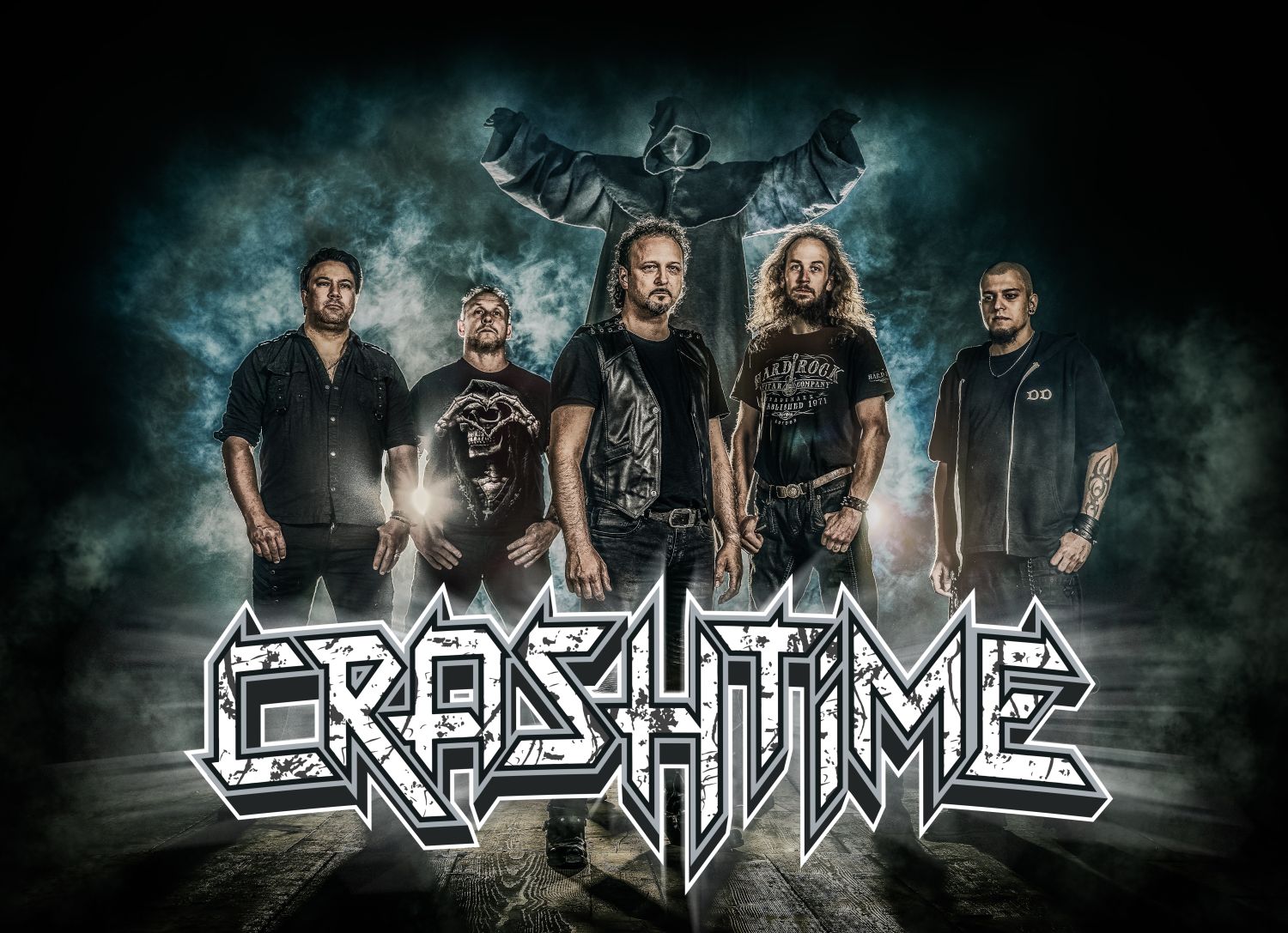 The Swiss old school Heavy Metal band Crashtime release their debut album Valley of the Kings on August 14th. The album is a follow up to their demo EP in 2017.

Crashtime explains the intention of Valley of the Kings: “One album for fans of old school heavy metal. Nothing is ironed out smoothly, overproduced or trimmed to perfection. Here you only get exactly what makes an old heavy metal fan heartbeat faster. Simply a great Metal record with hits like ‘Mirror Maze’, ‘No pain no gain’, ‘Circle of Tyrants’, ‘Valley of the Kings’, the epic ‘Princess of Siberia’ (feat. Seraina Telli from Dead Venus, ex Burning Witches), the pirate song ‘Castaway’ or the cult song ‘CT Metal’. A great album that every true and old school metaller should like.”

Crashtime are fully committed to the old school tradition: “We will remain true to your genre in the future. The metal wheel is not supposed to be reinvented, but the flag of 80/90 Heavy Metal is held high.” They are proud to be part of the great Metal variety and that’s what the name Crashtime stands for.

In terms of lyrics, the album deals with contemporary, everyday and social topics to towards historical and mystical stories. The band released also a music video for the song Mirror Maze.

Tracklist – Valley of the Kings:

Buy Valley of the Kings as CD and Vinyl: 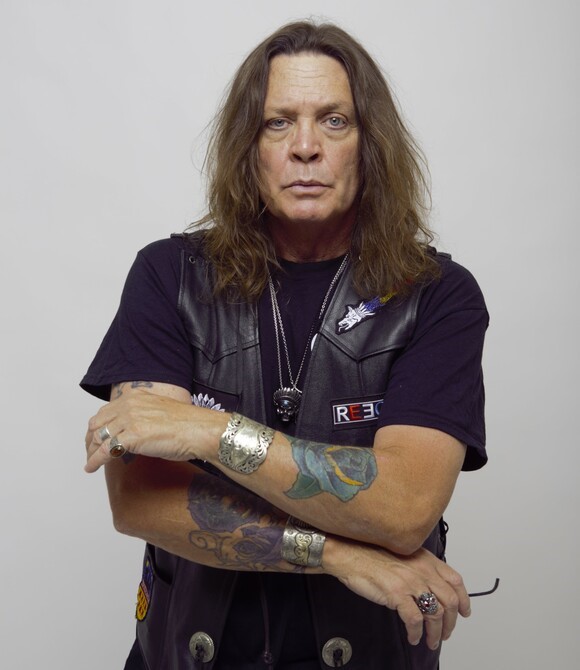 David Reece has created quite some classic albums during his eventful career.
He left his mark on bands like Accept, Bangalore Choir, Bonfire or the Sainted Sinners and enriched the albums with his charisma and unique and outstanding voice. And the new album “Blacklist Utopia” will soon become a fan-favourite as well for sure.

The super successful collaboration with Andy Susemihl (a.o. Ex-U.D.O.) as a guitar player, songwriting- and recording partner, which already made the predecessor album “Cacophony Of Souls” an absolute listening pleasure goes into the next round.

And David Reece seems to have found an almost inexhaustible resource of fantastic vocal lines and thrilling choruses, while the band creates the music made-to-(David Reece)-matter so to say.

Also, Bass Player Malte Burkert has been established as a constant songwriting partner and new drummer Francesco Jovino (Ex- Primal Fear, Ex- U.D.O.) gives the album an additional kick and metal touch!
Ex-Accept meets ex-U.D.O. is ready for the next round.

Blacklist Utopia is out October 29th 2021 via El Puerto Records! 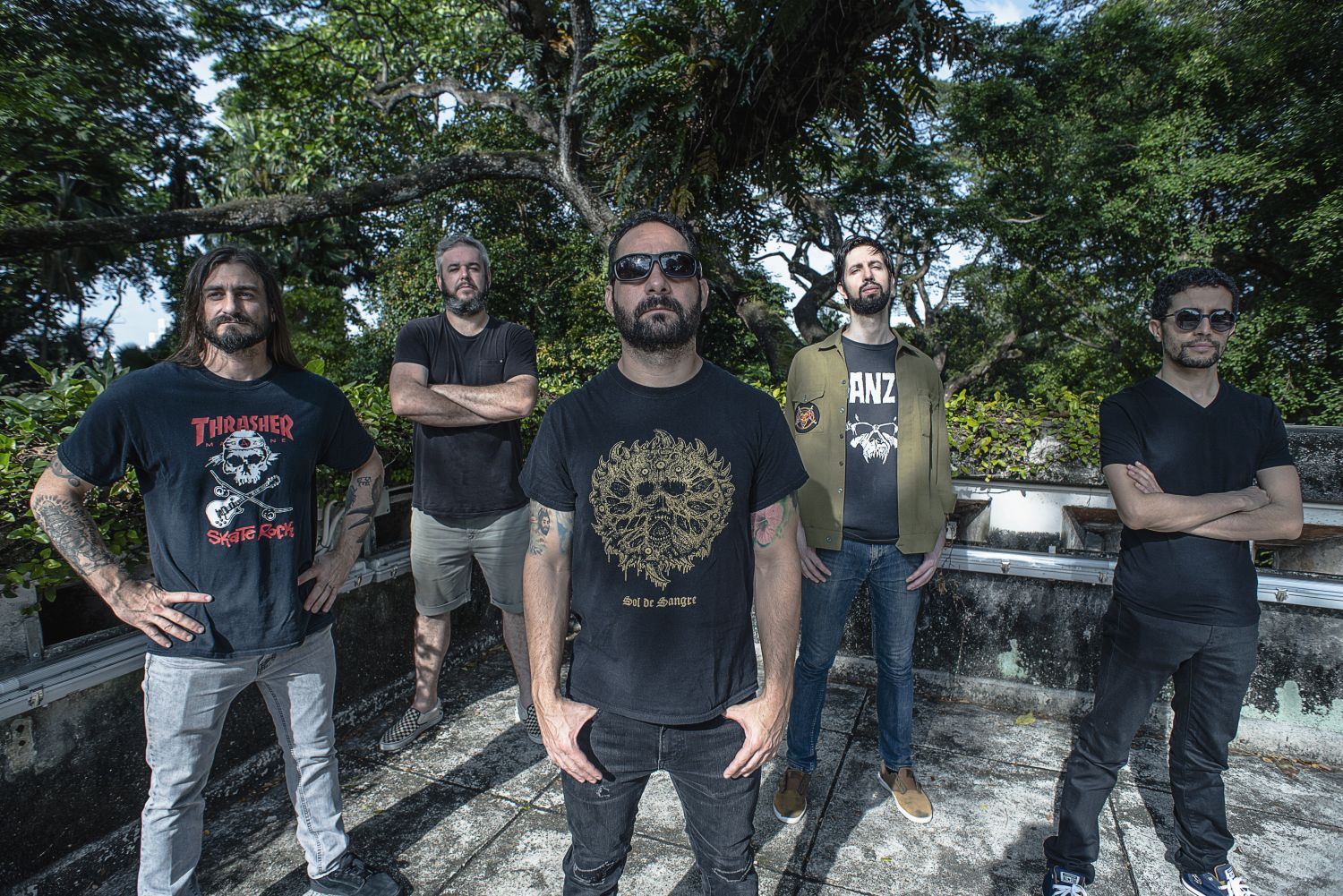 Fake Quiet and Peace is the culmination of the Singapore based 5 piece’s journey over the past 4 years. Veterans melded together decades of metal influence and global experience and injected it into a maelstrom of driving rhythms, ripping guitar parts and smart, brutal vocals.

Veterans once again called upon the creative skill set of Marcelo Silva of Ms Motion Graphics in Brazil to put together the epic music video for the third track on the album, End Of Times. Leveraging the bleak scenes of the dystopian styled album artwork, expertly crafted for the band by the incredible talent that is Carlos Jacome at Jacome Artworks Colombia, Veterans combined their trademark tones with this stark view of an alternative future and unleash Fake Quiet And Peace into the world.

“The Album (Fake Quite and Peace,) has been an intense labour of love for the 5 of us since we started writing the songs over the past few years. The shows we have played have always been electric and the tunes get a great response from the audiences. This is ultimately what motivated us to get our asses into the studio to ensure we captured the songs in a way that pays homage to those raw live sets. Engaging Jesse Gander and Alan Douches to mix and master the album respectively was a real fanboy moment for us all – knowing their incredible back catalogue of artists that they have worked with (and we ourselves are HUGE fans of,) we knew that Fake Quiet and Peace was in great hands. It’s been a tough period for the industry with the lack of live shows, but we are hopeful that the tides are turning and we will get the chance to bring the album and a clutch of new material we have been working on back to a live setting in the not too distant future.”