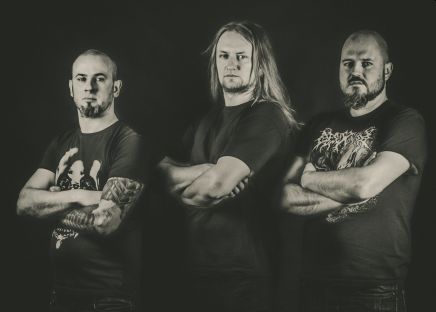 RS-28 consists of eight songs lasting 33.5 minutes. These songs are a furious and aggressive mixture of death metal and black metal. The album is available in physical format (CD) and as digital on the band’s profile on Bandcamp. To spread the nuclear apocalypse more effectively the band has released the lyric video to the title song from their debut album. The band states about the song: “Welcome to The Cold War II!”