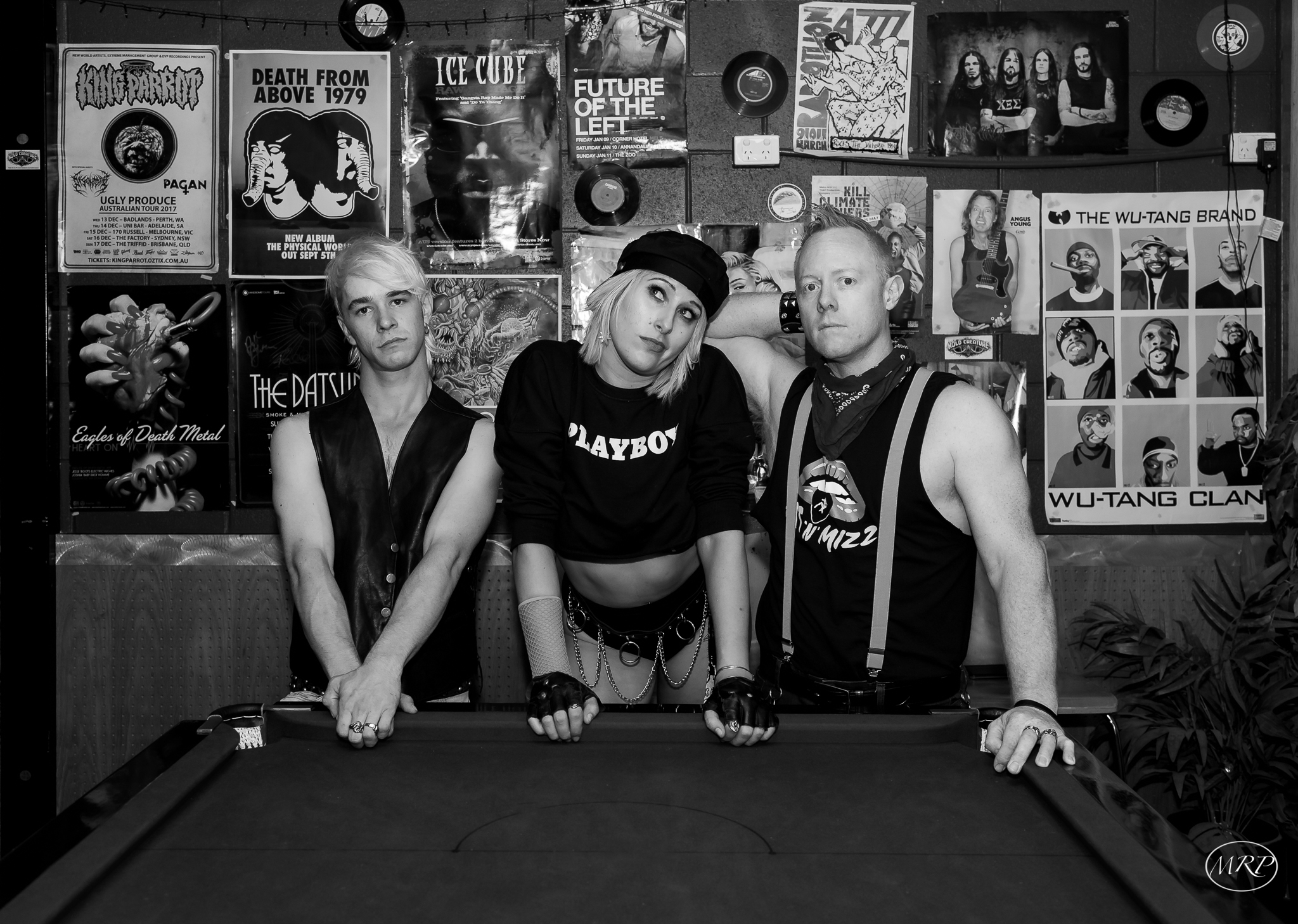 Brisbane female fronted Hard Rockers Hit ‘n’ Mizz self-released their debut EP Action a short while ago. To support the release, the band also dropped the amazing video for the single Want Me? The video was filmed by Alex Nelson from Emerge Creative.

Hit ‘n’ Mizz have big plans for the future tour Australia and overseas when possible and the debut album is planned. To support the goals, the band signed to Black-Roos Entertainment to assist with these goals.

Bio
Formed in 2018 in Brisbane, Australia, Hit ‘n’ Mizz is developing into a sought after Hard Rock band. After finding herself at a cross road in the music industry and wanting more Mizzie rounded up members from other bands (stole them) and started rehearsing and performing live with her original music. Mizzie Maxx is the ultimate bad ass front woman who struts her stuff with confidence. Her performances are never dull. She morphes from a punk princess to a rock queen showing her versatility and testament to her growth as a musician.

The band is a powerhouse combination of your 80s rock with a punk attitude. They have one aim and that’s to have fun and play music. Together they are Mizfits and Bratz just like their fans that have come together for the love of rock n roll, and are hell bent on delivering a rock show.