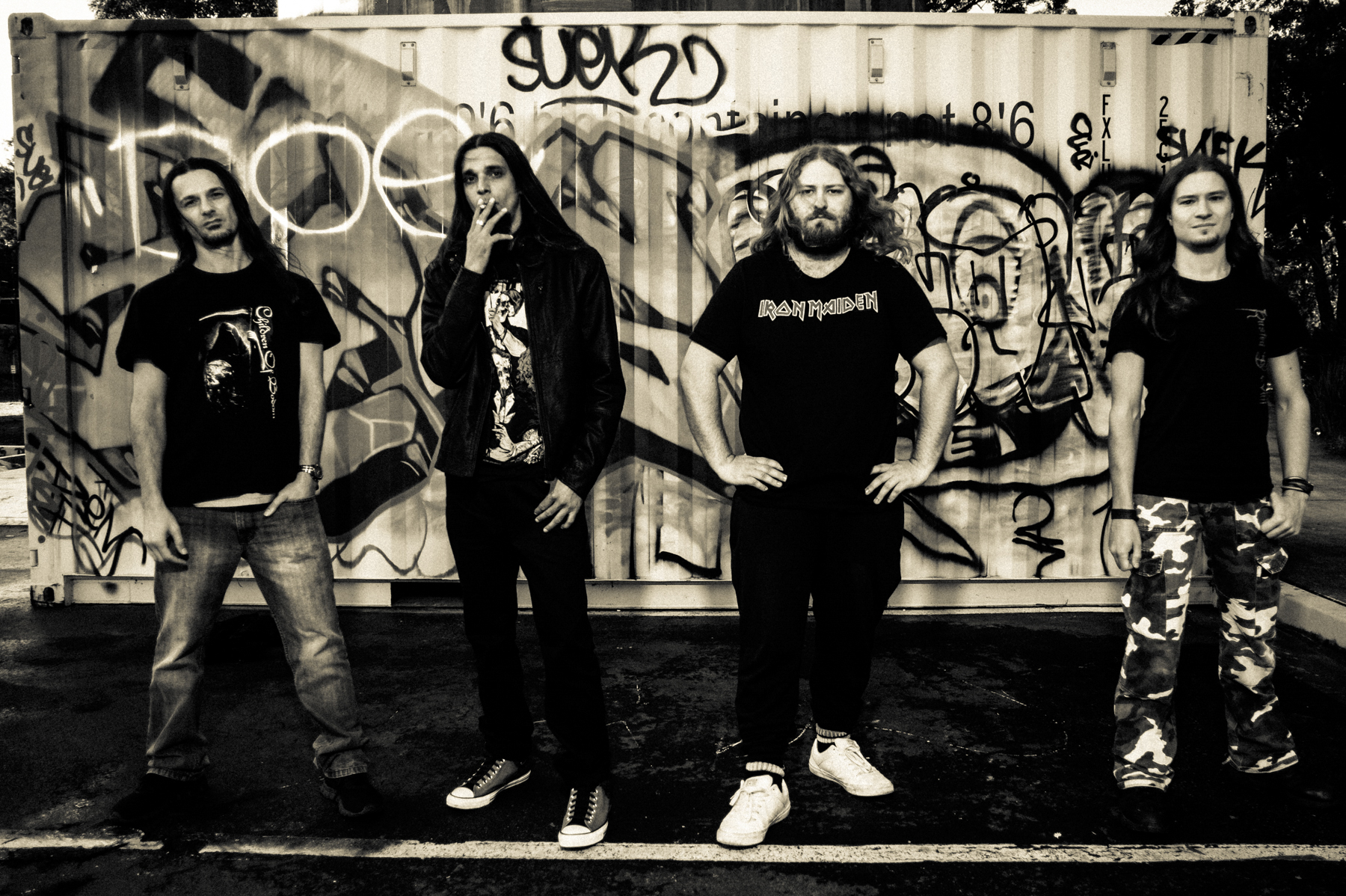 For all fans of Obituary, Death, Kreator and alike… VISIONS is definitely an album to add to your wish list!!

The title track of the album “Visions” is about a dream that I had at about 19 years old where there was standing on a hill looking at a war going on and then I looked up at the sky a saw about 50 fighter jets flying in rows of ten or so, then out of know where there was a big white flash and all I could see was white, I could feel my body getting warmer and warmer and I could hear screams all around which then I started to think to myself “oh shit this is it, this is the bomb it’s happened, this is how I’m going to die” and then I woke up. And it was a very frightening dreamand also I thought it would make for some song writing. Says Larry Papura