Alternative Metallers Ouroboric have recently self-released DeAd​-​BoY: Zero. Following their debut View from Hell which was released in 2018, DeAd-BoY: Zero is now their newest offering. The long-awaited album has been 3 years in the making. Ouroboric is part of the Adelaide metal scene of Australia. Adelaide has a small but strong community and Heavy SA is a standout event in the annual metal calendar. DeAd-BoY: Zero was launched at this year’s Heavy SA.

Formed in early 2014, Ouroboric are a 5 piece Alternative Metal Band hailing from Adelaide, South Australia. The band prefer to think of their sound as an Audio Rorschach Test. Ignoring genre and cliché the band attempts to paint a portrait of the human psyche through their evolving sound. Capturing everything from a whisper to a scream and every sound that’s in between… 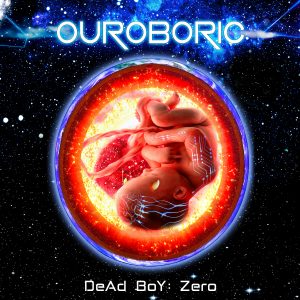 Get the album at their band’s Bandcamp page: https://ouroboric1.bandcamp.com/album/dead-boy-zero