The crushing new album from Canada’s thrash metal machine Wreck-Defy is upon us. Wreck-Defy features some members of well-known bands. Guitarist Matt Hanchuck is joined by former Annihilator singer Aaron Randall, former Testament bass player Greg Christian, on drums Dave O’Neal is back. The band has released their first single Skin as a lyric video. Watch Skin on the SubLevel Records YouTube Channel. The album will be released digitally on October 9th and as vinyl via Doc Gator Records in Switzerland. Pre-order the album in digital format at the SubLevel Bandcamp site or where digital music is sold. 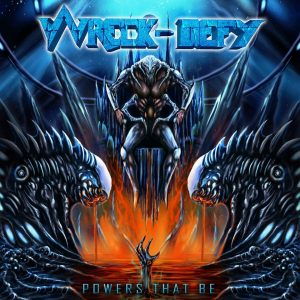 Pre-order the digital album at Bandcamp.