Age of Emergence: Release New EP The War Within Ourselves on 27 March 2020

Australian Progressive Metal/Hard Rock band Age of Emergence are bound to release their second EP The War Within Ourselves on 27 March 2020. The band has now revealed the artwork (see below). The EP follows their first act EP, Plea for a Dying World, which the band released in February 2017. The EP can be pre-ordered via Bandcamp. 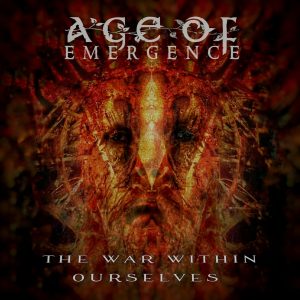 Age of Emergence formed in the Australian Newcastle region in 2013 by ex-Shambhala members Dean Holmes and Allan Hofer. They teamed up with Order of the Dragon guitarist Matt Neilson. After many free form jam sessions, a set of originals began to take shape. Home recording started and after much practice and tweaking sounds and equipment the first demo was released on Soundcloud. After a year of gigging locally the band recorded their first EP in 2017 and now in 2020 follows up with the new release The War Within Ourselves.