Metal United Down Under: Save The Date 2020 & Artwork released 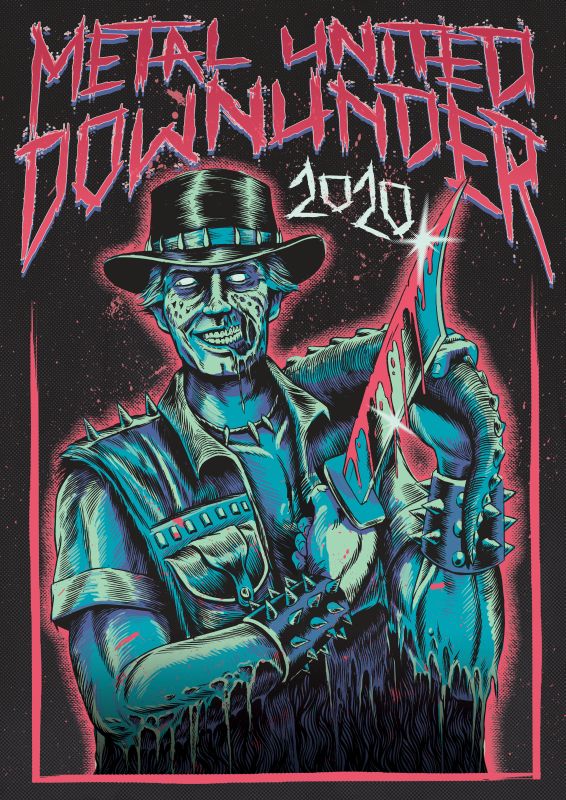 6 years of Metal United Down Under (MUDU) already! 6 States were involved last year and over 600 bands have played MUDU across the country since 2014.

More Metal? Not possible! Last year we had the quietest year of all with the big sister event Metal United World Wide claiming more time. This is also the reason for moving the MUDU date from the end of the year to April in 2020. Trying to avoid other local festivals and festivities is a hard task. There are so many! But as our name states, Metal United Down Under, is the motto: to unite the metal communities without working against each other and to support the Underground in Australia! \m/

Next year at the 7th instalment, we want to make more noise than ever nationwide and want the fans shouting Happy MUDU Day on the 4th of April 2020! With bands and fans celebrating their day for what metal is: hanging out with their metal brothers and sisters for a good time with great music.

In the 6 years compiled quite a lot of metal history from bands who played their first live show, bands who are back from a hiatus and new bands who are now touring overseas and have record deals… so many incredible memories have been made already… So, let’s write another year of Australian Metal History and see what it brings!

Unite again for one night across our great Southern Lands and celebrate Heavy F****** Metal! We shall make it one massive showcase of the best local talent we have.
United We Stand, Divided We Fall! \m/

The event is proudly supported by Metal-Roos, the webzine for all things Metal from Australia and around the world! The webzine has been a strong support of Australian Metal from day one. No band is too small to be featured on their website.