Australians Demonhead are releasing their long awaited sophomore album Black Devil Lies. The old school metal influences are strong, but a much darker and heavier Demonhead is on show this time around.

Black Devil Lies an embodiment of the adversity they faced since 2015’s Bring on the Doom. Losing drummer Dave Godfrey (Meshiaak) was quickly followed by guitarist Rüe almost dying and needing emergency surgery to save his life. “His health was so bad that we thought the band wasn’t going to continue”, says frontman David Lowes. He continues: “everyone in the band had been facing adversity over and Black Devil Lies is a metaphor for the dark thoughts that linger behind the surface and make us question ourselves and our existence.” Demonhead went into semi-permanent hiatus until 2017 when Rue’s health improved and the band reformed with Dean (ex Horizon’s Edge) coming into the fold.

Demonhead have taken all of the negativity and channeled it into a darker and heavier sound while still retaining the melodic sensibilities of their earlier work. The song writing is more focused and while you can still hear the riff driven influences of early Metallica and grooves of Pantera, they have combined their traditional metal roots with the epicness of Thin Lizzy, the darkness of stoner/doom and the death punk attitude and catchiness of Turbonegro.

Black Devil Lies is out on the 30/08/2019 and available on Vinyl (which includes a free digital download), CD and for digital download as well as on all the popular streaming platforms. The CD and download version feature two bonus tracks Behind the Mirror and No More. 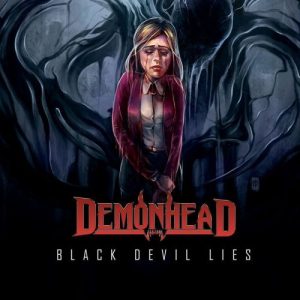 Melodic Thrash Metal band Incrypt just released the animated video for the song Hordes of Hades. The song has been taken from their latest album Eyes Upon This World. Incrypt are playing shows around Australia in support of the album.

The video has been animated by Balázs Gróf (www.grofbalazs.hu). Gróf is responsible for other metal animation clips like Obituary (Violance), Red Fang (Not for you), Blind Myself (Lost in Time) and many more.

Incrypt is a 5 piece melodic medium paced thrash metal band from Melbourne. The band was established in 2000 but consistently active since 2010. They have released 3 albums, most recently Eyes Upon This World in 2017.

Lethal Vendetta release today the song Battle Warcry from their latest album as official video. Battle Warcry was lyrically inspired by the battle of Hastings in 1066. As this was only an inspiration of the song, vocalist Brent Logan describes the lyrics “as a warcry song for any battle and it’s meant to psych people up”.

Battle Warcry was premiered from the following press-partners:

Lethal Vendetta’s new album No Prisoners No Mercy is now available for download on iTunes, CDBaby, Spotify or physical on their website.

The Dirty Rats are ready to release their second full length album End in Tears on Friday, the 13th, December this year. End in Tears features 13 new hard driving original rock compositions from the songwriting team of Beovich/Rich, ranging from rock anthems to drinking songs and even some old school blues, just to shake things up a little. So, don’t fear Freddy but celebrate 13 Australian hard rock songs in the veins of AC/DC, Rose Tattoo but also influenced by Motorhead and even some punk rock.

The album will be released just one year after their amazing first album Rock N Roll. Rock N Roll received critical critics from the press around the world. Here are some of the voices:

“With the opener ‘Not Alone’ everything is clear, one inevitably thinks of early ROSE TATTOO. But AC / DC and THE ANGELS come in the course of the season several times in mind” PowerMetal.de

“Taking their cues from the obvious homeland touchstones of Rose Tattoo and AC/DC, they mash up those influences and others into a no-holds-barred, brutal blast that covers 9 tracks of prime hard rock. Fronted by the powerhouse vocals of Wayne Rich, back up comes in the form of a classic guitar-bass-drums line up featuring grimy riffs by Chooka, low down four string from  Jamie Beovich and rattling drums courtesy of Andy”
Rock And Roll Traffic

Dirty Rats are a no bullshit Aussie pub rock band, playing beer barns and inner city clubs throughout Melbourne and country Victoria. Over the last 30 years, the band have developed a sound that is typically Australian hard rock, think AC/DC, Rose Tattoo. But listen closely and influences from MC5, Motorhead and even some punk rock can be heard. They have developed a loyal fan-base both here and overseas based on their critically acclaimed first album, Rock n Roll, and high energy shows for bugger all money, precious little industry recognition, but purely for the enjoyment of playing loud “balls to the wall” rock.

After numerous line up changes which saw some excellent players and some complete nut jobs pass through the bands ranks, Dirty Rats are now a lean, mean and explosive 4 piece band pumping out some of the best new guitar driven rock, with a uniquely 80’s flavor, that you will hear today. 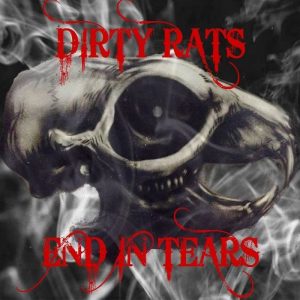 The alternative/progressive metallers Nexus from Mexico are about to embark on their European Tour. On their The Art of Affecting Consciousness Tour, they will play France, Germany, Serbia, Croatia, Hungary and many more.

Established in 2004, the band has released 2 studios albums, 3 singles and 4 official videos. Nexus toured three times nationally and played important festivals in Mexico such as the Cervantino Internacional and Force Fest 2015 held in Guadalajara headlined by the Judas Priest.

In 2018, they opened for the French post metal band Alcest on their Mexico tour. Nexus also played the Force Fest in Mexico City sharing line up  with legendary bands like System of a Down, Alice in Chains, Stone Temple Pilots, Slayer and many more. This year, Nexus opened in Guadalajara for one of the most important current progressive bands Leprous.

Don’t miss them when they come to your city!

Norway’s Black/Death Metaller Brotthogg self released their first full-length Echoes on the Past on 2 August. The album follows their critically acclaimed 2017 EP The Last Traveler. You can stream the full album through Black Metal Promotion on YouTube (link below).

The band states: “We aim to offer our listeners both the superficial adrenaline rush of furiously heavy metal and the deeper, more sustained pleasure that comes via repeated listens. This is black metal influenced heavily by melodic death metal, and strongly laced with elements of thrash, and I hope we have created an ambitious and intriguing release well worth exploring.”

The name Brotthogg is derived from an old forgotten Norwegian word in dialect meaning ”The one who has to take care of the job, the unpleasant one”. Brotthogg deals in epic, progressive black/death/thrash metal that owes its allegiance to bands like Emperor, Old Man’s Child, Symphony X and Dissection. The members are known from bands like Subliritum and Chton.

Brotthogg’s album Echoes of the Past is now available for download on their Bandcamp page.

Ewigkeit just released the re-recorded song Lightspeed Evolution on Youtube (video below). The song is part of Ewigkeit’s newest project – a re-release: In 1999, Ewigkeit released the 2nd album Starscape, a Symphonic Black Metal album large in it’s scope and ambition, but with an almost unlistenably poor sound quality.  Now, in 2019, Ewigkeit present Starscape 2.019 – a complete re-recording of the original album.

With epic tracks like Point of Origin (Black Metal’s first waltz?), Unveiling The Mystery or Legend of Keshara or the straight ahead mid-paced Swedish Death Metal inspired Lightspeed Evolution or the sublime classical of Space Symphony, this is now in the form it was originally intended way back there at the end of the 20th Century.

The man behind Ewigkeit, James Fogarty, states: “It’s the first track I am sharing, and went from being a song I had literally forgotten existed to being one of my personal favourites on the totally rerecorded and reproduced album Starscape 2.019.”

Lyrical themes are reflections of the dark past and a look towards the unknown future in the realms above and beyond. Fogarty, says: “20 years ago, I wrote and recorded an album called Starscape; it was wildly ambitious for my meagre beginnings and I ramped up the orchestral elements and added a futuristic feel for the space theme.  I thought, and still think, that the music was great and original material!” However, it became hard to listen after some year. James explains further: “I just couldn’t listen to it within a few years, because my first album production was virtually of an UNLISTENABLE sound quality (even for 90s Black Metal)!”

He proudly presents Starscape 2.019 : “20 years since my teenage self recorded it, I present to you Starscape 2.019 – a vastly improved and polished product which I’m really pleased with and now proud of.”

Starscape 2.019 is available to pre-order now from www.deathtomusic.com.The album will be released digitally across all platforms to buy and stream on 23/08/19 and on CD on 23/09/19.