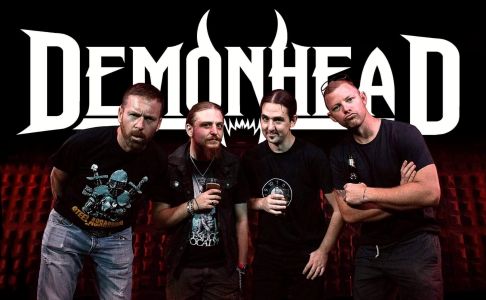 Demonhead have just unleashed a video for their new single “No More”. This is the first new music from the band since 2015’s NWOTHM tinged album ‘Bring on the Doom’ and is the first taste of what’s to come on 2018’s yet to be titled Full-Length.

The video was directed by Owen Keswick-Gallagher (Orpheus Omega) from OKG Productions and sees the band inducted into a cult and brainwashed into “Drinking the Cool-Aid” as the cult leader counts the money made.

The song was recorded by Chris Themelco at Monolith Studios and sees the band deliver a heavier sound, yet keep the same sense of groove and rock sensibility that was present on their previous releases.

The track is available to download for free from their Bandcamp page.

You can catch Demonhead unleashing “No More” at the following shows:

Metal United World Wide (MUWW) is a project which brings together metal bands, fans, show organisers, media and other supporters for one big event. The idea is to have metal shows all over the world on the same date identified by the same banner. Everybody can be part and shows are individually organized. The aim is to create a world wide feeling of community as well as attract attention to the performing bands who are predominantly underground bands.

A community project needs community support. The project does not charge participation fees but relies on the support of the metal community. Around 20 show organisers have already agreed to put on a show on 5 May 2018 so far and there are a number of others interested. Below this text and at our website is the updated overview: www.metal-united-world-wide.com

Are you a band, show organiser, media representative or other metal institution? Do you already have a show or tour on that date? Do think this is a great project and you would like to get on board? Contact events@metal-roos.com.au. Everybody is welcome and can join. After all, this is Metal UNITED World Wide!!! \m/

We are proud to announce that Wacken Open Air has agreed to support our project. Please visit our list of partners to find out who else is on board. The list will be growing rapidly and of course you can be part.
www.metal-united-world-wide.com/partners

Whatever you do, mark your diaries and be part of something special on 5 May 2018! \m/